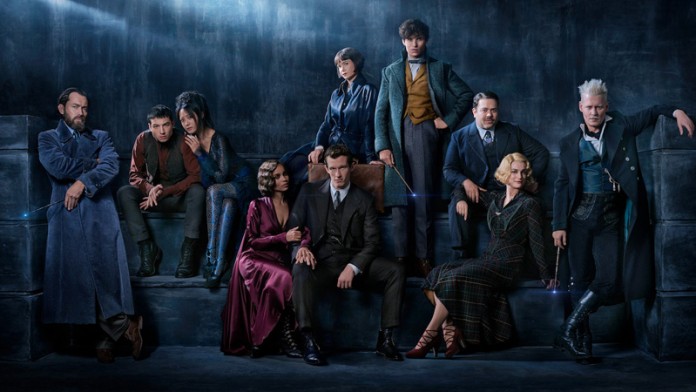 Fantastic Beasts: The Harry Potter saga continues to expand with more films set in the magical universe of J.K. Rowling. War is about to break out in the magical world. Gellert Grindelwald, the most powerful dark wizard of the time (first half of the 20th century), intends to conquer the world and crush his enemies. Opposite him will be Albus Dumbledore and his allies in Fantastic Animals: Dumbledore’s Secrets, the new movie written by J.K. Rowling and directed by David Yates. As Warner Bros. had anticipated, they have just presented a new and bewitching trailer, which you can see on these lines.

The premise of the film puts the focus on the war being waged for power. Grindelwald seeks to tame his enemies, so Albus Dumbledore will have to find allies to stop him. The powerful wizard, still far from assuming the leadership of Hogwarts School of Witchcraft and Wizardry, will seek an alliance with Newt Scamander. The author of Fantastic Beasts and Where to Find Them is a magizoologist capable of finding the most fascinating magical creatures.

Both will undertake a dangerous mission in which the animals will be more than present. Grindelwald’s legion of followers is getting stronger, can they defeat them?

A new actor for Grindelwald

In Fantastic Beasts and Fantastic Beasts: The Crimes of Grindelwald the role of the dark wizard was played by Johnny Depp. However, due to the controversy arising from an alleged case of gender violence, Warner Bros. made the decision not to have him for the closing of the trilogy (trilogy at the moment, because more films are planned). Thus, the actor who has replaced the protagonist of Pirates of the Caribbean is Mads Mikkelsen, who by the way we saw in the video game Death Stranding, directed by Hideo Kojima.

Jude Law is Albus Dumbledore in Fantastic Beasts: Dumbledore’s Secrets. Other stars that appear are Ezra Miller, Katherine Waterson or Alison Sudol. The theatrical release is scheduled for April 8.