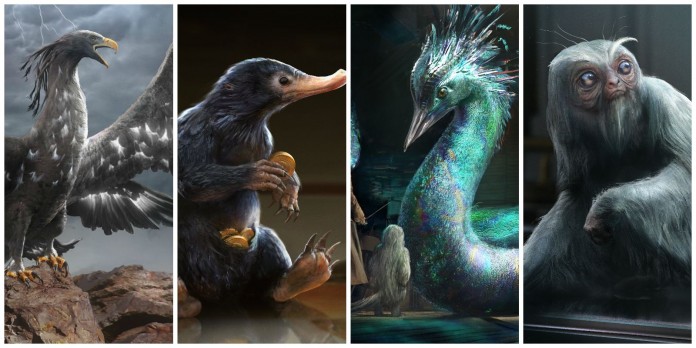 Fantastic Beasts: The fight against the dark wizard Gellert Grindelwald continues in the third Harry Potter spin-off film. The war rages on and both the wizarding world and the muggle world are in danger. Gellert Grindelwald, the most powerful dark wizard of the moment, puts the Aurors in check and threatens to conquer the world. Fantastic Beasts: Dumbledore’s Secrets is the third film installment of the Harry Potter spin-off, a production that will be released in April and that will introduce us fully to the conflict. Warner Bros. Pictures has distributed a new official poster, in which the protagonists appear wand in hand and with Hogwarts castle in the background.

The film’s story follows the experiences of Newt Scamander, the illustrious magizoologist who wrote the classic book Fantastic Beasts and Where to Find Them, a guide to the species of magical creatures. Faced with the belligerent actions of Grindelwald, Albus Dumbledore decides to ally with Scamander and the rest of his friends to end the coming war.

Mads Mikkelsen takes over as Grindelwald

Gellert Grindelwald was played by Johnny Depp in Fantastic Beasts and Fantastic Beasts: The Crimes of Grindelwald. However, the controversy over an alleged case of domestic violence led Warner Bros. Pictures to dispense with his services. The substitute is nothing more and nothing less than Mads Mikkelsen. He reprises Jude Law as Dumbledore and Eddie Redmayne as Newt Scamander. Other actors and actresses who are part of the cast are Ezra Miller, Katherine Waterson and Alison Sudol, among others.

Fantastic Beasts: Dumbledore’s Secrets will be released on April 8 exclusively in theaters. The two previous films are available on HBO Max, while the new one still does not have an arrival date on the platform in Spain. Like the other two films, it is a plot prequel to Harry Potter, so none of the young characters appear.

Tesla Tax Rebate Could Return Thanks to Senate Deal