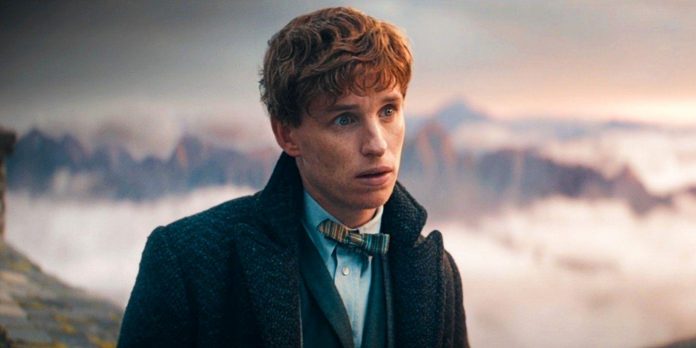 An honest trailer for the movie “Fantastic Beasts: Secrets of Dumbledore” proves that the film killed the franchise. After completing the main Harry Potter films in 2011, Warner Bros. and J.K. Rowling wanted to continue their exploits on the big screen by releasing a prequel/spin-off “Fantastic Beasts and Where They Live.” Released in 2016, the first film “Fantastic Beasts” grossed $814 million worldwide and paved the way for a completely new series set in a Magical world. It was said that “Fantastic Beasts” was conceived as a five-part story, but since then the franchise has lost most of its appeal.

The combination of bad rumor and personal disputes about Rowling and the star of “Fantastic Beasts” Johnny Depp led to the fact that “Fantastic Beasts: Crimes of Grindelwald” in 2018 received a declining profit of $ 654.8 million worldwide. Even though interest in the franchise seemed to be waning, WB is moving forward with a third film, this year’s Fantastic Beasts: The Secrets of Dumbledore. Despite receiving slightly more positive reviews than its predecessor, Dumbledore’s Secrets had the lowest box office receipts in the history of Harry Potter. This has led to speculation that the series is already dead, and Honest Trailers agree with this.

Screen Junkies have shared the latest entry in their signature Honest Trailers series dedicated to “Fantastic Beasts: The Secrets of Dumbledore.” The video suggests that this will be the last “Magic World” movie to be released for a while.

The criticism presented in the typically humorous approach of Honest Trailers points to several reasons why the series “Fantastic Beasts” failed to capture the imagination of viewers in the style of “Harry Potter”. The focus of the overall story on the politics of wizards, combined with the unmemorable characters (Newt’s unimportance for the plot is emphasized), deprived the franchise of what made it special in the first place. Perhaps the most damning indictment Dumbledore’s Secrets is a fragment in the trailer for “Honest”, where the narrator is not sure if any minor characters appeared in previous parts, illustrating how little influence the new cast had on the zeitgeist compared to the Harry Potter ensemble. . Harry, Ron and Hermione are still loved by the public (see the special issue for the 20th anniversary of Harry Potter), while Newt and his comrades are forgotten.

The WB has not yet announced what will become of Fantastic Beasts 4. As the series struggles to keep a large enough audience at the box office, there may be little incentive to give the green light to another sequel (which will cost $200 million to produce). Some argued that it would be wiser to make a film adaptation of Harry Potter and the Cursed Child, which would use nostalgia for the return of Harry, Ron and Hermione to the big screen. “Harry Potter” is too much property for WB to keep on the shelf forever, so they will most likely come up with something in an attempt to bounce back from “Fantastic Beasts: The Secrets of Dumbledore.”