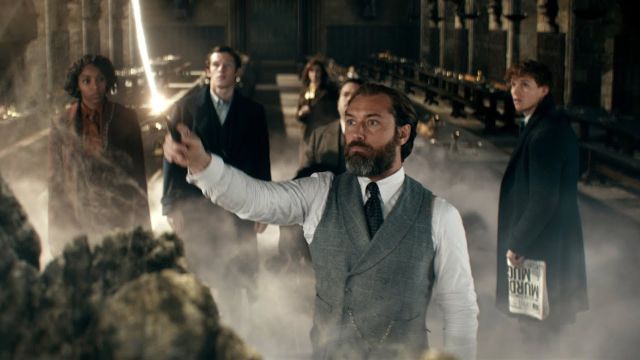 Fantastic Animals: Dumbledore’s Secrets shares its official trailer with the community. It will premiere next April 2022. Fantastic Animals: The Secrets of Dumbledore summons us to live the magical war in its official trailer. The third installment of the saga set in the Harry Potter universe is presented in society. It does so with a preview of some of the scenes that we will see from its premiere. Among them is the countenance of Geller Grindelwald. Played by Johnny Depp so far, we already know what his replacement Mads Mikkelsen looks like. You can see the trailer at the top of this news.

What can we expect from Dumbledore’s Secrets?

The synopsis of the film leaves no room for doubt: we will fully enter the magical war. “Professor Albus Dumbledore knows that the powerful dark wizard Gellert Grindelwald is making plans to take over the wizarding world,” reveals his production company, Warner Bros. “Unable to stop him alone, he relies on Magizoologist Newt Scamander to lead an intrepid team of wizards. , witches and a brave Muggle baker on a dangerous mission, where they meet old and new animals and face an ever-growing legion of Grindelwald followers. The stakes are high so we wonder how long Dumbledore can stay out of it. “