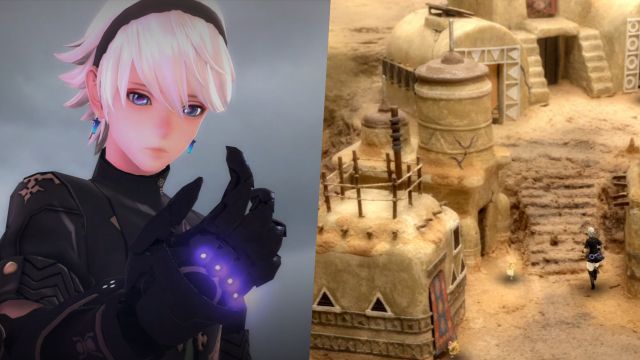 From the director of much of Final Fantasy classics, Fantasian will arrive at Apple Arcade sometime this year. We see new gameplay.

Mistwalker shares new details and footage in real time from his upcoming JRPG: Fantasian. The director of the great classic installments of Final Fantasy, Hironobu Sakaguchi, explains some of the mechanics that will accompany the game. The title is scheduled to launch sometime in 2021 exclusively for iOS and MAC systems.

One of the novelties of Fantasian unknown to date corresponds to the Dimengeon system, which will reinterpret the way in which random encounters appear during the adventure. When you come across a group of enemies, you can send them to an alternate dimension to deal with later. As its name suggests, it is a kind of progressive dungeon that we can go to whenever we want. And yes, you can fight everyone at the same time.

“As the spirit of Final Fantasy development in those days, we always want to challenge the status quo, push the boundaries and bring innovations to the genre,” says Sakaguchi, who reveals that part of his inspiration working on Fantasian came from his own work on Final Fantasy VI, which he played again a few years ago with some teammates: “That renewed my interest and love in classic JRPG, and gave me the opportunity to return to my roots.”

The look of his new work is the result of an artisanal process. The scenarios are based on dioramas scanned in real life. A team of 150 artists made all the scenarios that we can see in the game. As there are less than 20 workers at Mistwalker, they have regularly worked with external studios. “Once you start building, you are committed to your level design. You have to have a very clear intention and know what to look for in the conception phase. Once the artisans get to work, that is going to be your stage ”, narrates the director.

As we said, Fantasian will launch as part of the Apple Arcade subscription on iOS and Mac sometime in 2021.

Instagram Blocked Florence Pugh For Talking About Her Return In Hawkeye

The incredible computer graphics of Water On Na’vi are shown in...