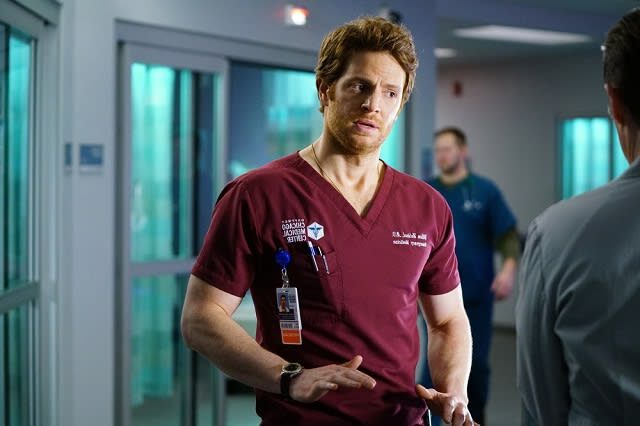 Chicago Med fans received the premiere of season 6 on their screens on November 12 through NBC, after several months of waiting.

Fans of the medical drama Chicago Med were not very happy because just as season 6 arrived, it quickly said goodbye to 2020 to return with the next episodes in 2021.

With just two episodes of Chicago Med aired, fans quickly realized Will Halstead (Nick Gehlfuss) will not have a good time and predicted a very bleak future for him.

With the premiere of Chicago Med, Will found out that his girlfriend had had a drug relapse. In that way, he broke up with her. Soon after, he discovered that not only had a colleague been promoted in his place, but that he had not even been considered for a promotion.

Unfortunately, Will failed again in his romantic relationship and has no chance of professional advancement. Apparently, the Dr. reaped what he sowed since the mistakes made are taking their toll. Let’s remember that Will comes from an unhealthy relationship with his colleague Dr. Natalie Manning (Torrey DeVitto).

It seems that Will will have to stay away from romantic relationships in order to advance to a personal and professional niver. Otherwise, the chances are that it will continue in its decline.

Although he is not considered the head of the Emergency Department, at Chicago Med Will Halstead has to concentrate on work, which seems to be the best direction to take.

See Also
What will the relationship be between April and Ethan?

Justin Bieber is already number 1 with his single Everyone!