Home Entertainment Fans want Marvel’s Spider-Man 2 to look like The Last of Us... 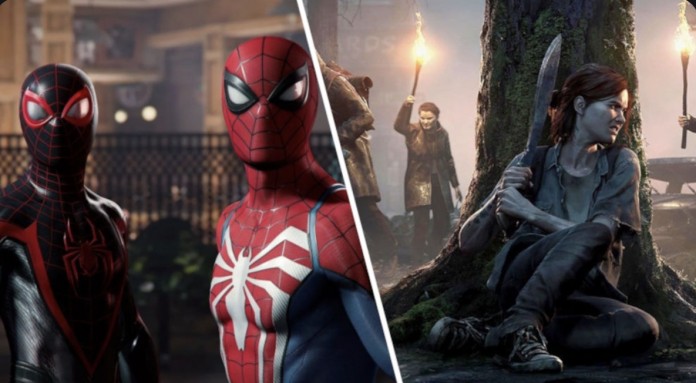 Some fans imagine what the gameplay of Marvel’s Spider-Man 2 could be like and suggest it be inspired by The Last of Us 2. One of the games currently in development for the PlayStation 5 is Marvel’s Spider-Man 2, the sequel to the original that came out in 2018 that was announced in September 2021 and is one of the most anticipated titles on PlayStation.

From what seems like its gameplay will be centered on two Spider-Men, the alter egos of Peter Parker and Miles Morales. Or at least that can be interpreted from his first trailer. Some believe that it could be a cooperative title. But it is confirmed that it will actually be a single player adventure. How will it be played then? A fan of Insomniac Games‘ work, sunbatherzero, suggested on Reddit how this title could be enjoyed.

That would be taking note of what Naughty Dog did with The Last of Us 2. The idea is that in this new game each character has a separate path. There will be moments in history when he will cross paths with others.

However, when he is, he will only face different challenges, facing different enemies and he will meet other characters that others do not. On paper it sounds like an attractive take on Marvel’s Spider-Man 2.

As in the case of Abby, who becomes playable by progressing in The Last of Us 2. She later crosses her path again with the other characters and has her own updates, in addition to having abilities.

Some have other ideas, like Ratchet and Clank: Rift Apart

Although Ellie unfolds as the main characters, Abby’s presence allows the story to vary and handle things in a more interesting way. According to sunbatherzero, his idea is that Parker and Morales share time in a similar way.

Their respective bows will cross at some point, which would be very satisfying. But others have more ideas. One fan, bshively, thinks Insomniac could be inspired by Ratchet and Clank: Rift Apart.

That in the sense of managing Ratchet and Rivet, who have their own missions on specific planets; they are separated most of the time. It could be handled similarly in the open world that Manhattan represents in Marvel’s Spider-Man 2.

However, these are just ideas from a couple of players. No one knows how Insomniac Games will implement things. It is possible that he chose a different way to develop the gameplay.