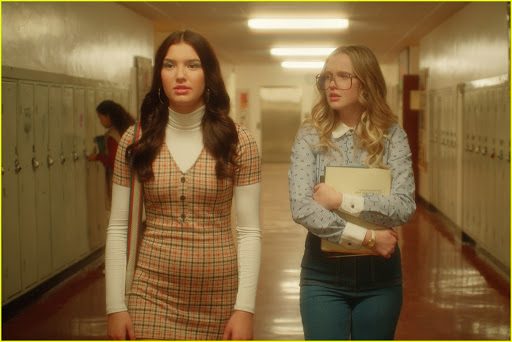 The first season of Firefly Lane was an emotional rollercoaster for fans, as it followed the friendship of Kate and Tully. The couple had been close since they were teenagers and they continued to support each other through trials of adult life.

Tully Hart (Katherine Heigl) is the host of the daytime talk show The Girlfriend Hour and Kate Mularkey (Sarah Chalke) is a housewife who is going through a divorce with Johnny Ryan (Ben Lawson).

This was until the end of the Firefly Lane season when fans were hit by multiple shocks as Tully and Kate’s friendship seemed to come to an end.

Furthermore, Kate and Johnny managed to rekindle their romance after going through a divorce. Firefly Lane fans believed they had finally calmed down until Tully and Johnny spent a romantic evening together.

By the end of the series, Johnny had ended up traveling to Iraq as a war correspondent, but was caught in an explosion. Fans wondered if he was dead or alive when his body was seen unconscious of him next to a detonated landmine.

Actor Ben Lawson has hinted at the fate of his character by saying: I think everything is going well, we will see it more often and not just in flashbacks. There are also many unresolved issues between Kate and Johnny. I have to get him home safe and sound.

Firefly Lane fans will be delighted to learn that Johnny survives in the original story. With this in mind, fans can hope that he narrowly escaped after the explosion and returned home safely.

That said, there is nothing to say that the creators of the television adaptation will not deviate from the original material. In the original story, Kate and Johnny do not file for divorce, so some major changes have already been made to Firefly Lane.

Kourtney Kardashian and Travis Barker have a wedding ceremony in Las...