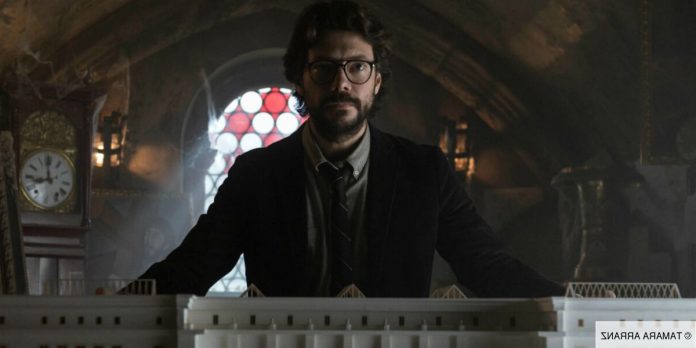 The professor (Álvaro Morte) of La Casa de Papel will have to perform some particularly impressive maneuvers to ensure the survival of his team in the next season.

The final moments of season four revealed that disgraced police inspector Alicia Sierra (Najwa Nimri) had somehow infiltrated the Professor’s hideout and now has him at gunpoint.

One fan speculated if the professor really has contingencies to remove his team from the Bank of Spain, or if he has been making things up as he progresses in La Casa de Papel.

Although the team has not yet confirmed how they are getting the gold out of the bank, both they and the professor have made multiple references to melting it to facilitate transportation but have not disclosed beyond their plan which creates uncertainty.

However, this still does not explain how the professor plans to free his team from inside the Bank right under the nose of the Spanish police. Fortunately, Netflix has increased the length of La Casa de Papel to ten episodes.

The teacher’s elaborate schematics and intricate plot twists have been the target of critics of the show in the La Casa de Papel series in the past.

But an extended ten-episode series should give season five a bit more time to breathe than just execution of plans, hence fans have been impatient with the latest installment.

Unfortunately, this may not yet satisfy some of La Casa de Papel’s most critical fans, especially if the gang reveals a nifty and foolproof escape plan at the last minute.

How much money would Melania receive if she divorced Donald Trump?