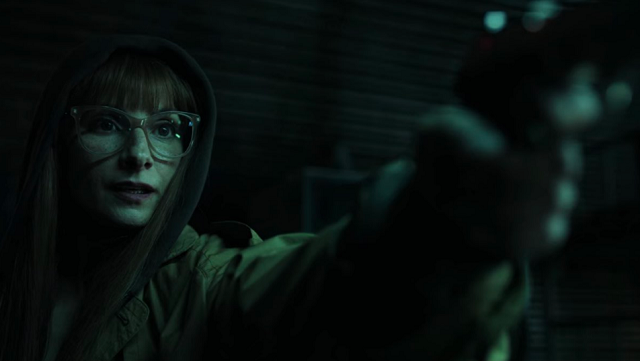 Some fans of the Netflix series La Casa de Papel have suggested that Alicia Sierra (Najwa Nimri) has been faking her pregnancy during the show’s third and fourth seasons.

A popular theory among fans surrounding La Casa de Papel villain Alicia Sierra has become more compelling than ever after a viewer discovered a new detail about the inspector’s late husband, Germán.

In the fourth installment of La Casa de Papel, former inspector Raquel Murillo (Itziar Ituño) faced her new rival after changing sides at the end of the first robbery. During her confrontation, Sierra reluctantly admits that Germán had passed away.

However, a La Casa de Papel fan speculated that the task force’s sadistic leader German fabricated the story, which could also cast doubt on her huge pregnancy.

Several other weird character quirks have already led some viewers to believe that Alicia Sierra isn’t all that she appears to be and could even lead to another confession about her fake pregnancy in La Casa de Papel.

Although other viewers have dismissed the theory, there is still a significant group of La Casa de Papel fans who are convinced that Sierra is a manipulative teacher who uses a false pregnancy to achieve her goals.

Other fans of La Casa de Papel are sure that the fifth and final season will begin with Sierra giving birth in front of the Professor after the last episode ended with the now disgraced Inspector threatening the mastermind of crime.

The fifth season of La Casa de Papel will certainly bring the popular series to an explosive conclusion, but many fans will continue to keep a close eye on Alicia Sierra to see if she lets more secrets spill.

HAILEY BALDWIN SHARE THE BEST MOMENTS OF HIS 2019 WITH JUSTIN...