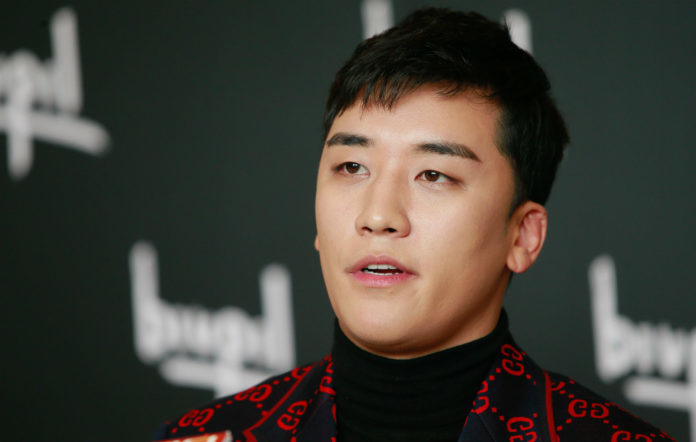 The military service is one of the most difficult moments for idols and fandoms, they have to take leave to return to reunite after 18 months.

It is an obligation for all Korean men and also K-pop idols ; Seungri , a former Big Bang member , will be the next to start his stay in the army and his fans say goodbye.

Seungris really about to be the most loved soldier at his future enlistment site… its impossible not to fall in love with him #TakeCareSeungri pic.twitter.com/0ccDRwaW3F

Despite the controversy that caused his departure from the group, there are some VIPs that continue to support the singer and after announcing that he will enlist tomorrow, (March 9 in South Korea), fans have created the hashtag #TakeCareSeungri to say goodbye

Their service will last 18 months and the fans expect him to stay healthy, reflect on some things and ignore the malicious comments, as they promise to be there to support him and receive him when he ends his obligation as a citizen.

Jiyong composed Strong Baby so many years ago for Ri…
He already knew back then how strong that little boy from Gwangju was, and he's only gotten stronger.
Jiyong, thank you for always taking care of Ri, I know you're proud of him, just like we are. #TakeCareSeungri pic.twitter.com/Zb242Zqb1u

Until now, it is not known if there will be fans who organize a farewell group for him when he arrives at his military base, because according to Korean media, the idol will be active, that is, that he will enter a training squadron of the province from Gangwon.

On the trial he faces, it seems, the case will be transferred to the military court.

Google Will Let You Share Passwords Between Your Phone And Chromebook

What Are The Worst And Most Stupid Online Passwords Used In...