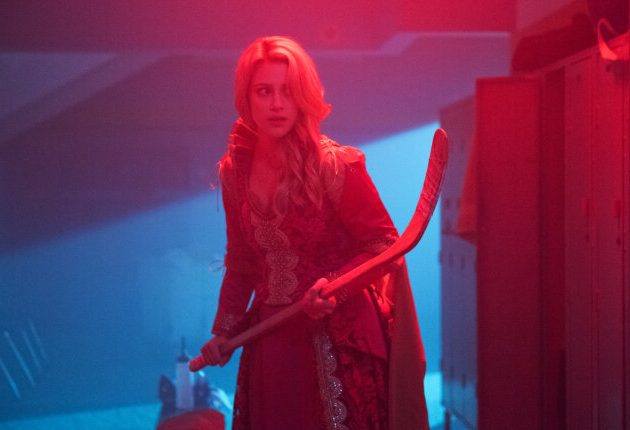 Riverdale season 5 will return on February 17 with a new episode of the youth drama through The CW, with its usual suspenseful plot.

As fans already know, in season 5 of Riverdale the gang left after his teenage years following his ways: Archie went to the army; Betty is an FBI intern; Veronica is from the Upper East Sider and Jughead is a dedicated writer.

Now, in Riverdale, Betty’s story has become murky with the appearance of a new serial killer who is on the loose and is putting the blonde’s life at risk.

As Betty is haunted by danger in the new season of Riverdale with the garbage bag killer as she is known, drama creator Roberto Aguirre-Sacasa just revealed something that made fans more nervous.

It was through an interview via TV Guide, that the creator of The CW drama said that something potentially tragic is about to happen to a main character in the next episode that will premiere this Wednesday. This is what he said:

“At first, he may not be related to Betty. I will say that in the next episode the threat of this serial killer becomes very personal for one of our characters. And all of this when something potentially really tragic happens to a cast member we’ve known from season one. ”

“It’s a bit more tragic. And a little less sensational than The Black Hood. But very scary and very disturbing. Also, related to the fact that Riverdale is a ghost town. ”

“It’s a different kind of serial killer story. Also, Betty is now an unofficial FBI agent, so this is a little different than during The Black Hood saga. ”

See Also
Riverdale: learn all about the season 5 premiere

Although Riverdale fans are scared by what could happen to Betty at the hands of the murderer, since in the last episode the FBI intern discovered the location of the psychopath and entered the place alone, they also believe that the possible victim is FP Jones, Because actor Skeet Ulrich has already announced that he will officially leave Riverdale.

These are the photos that Hyun Bin is talking about