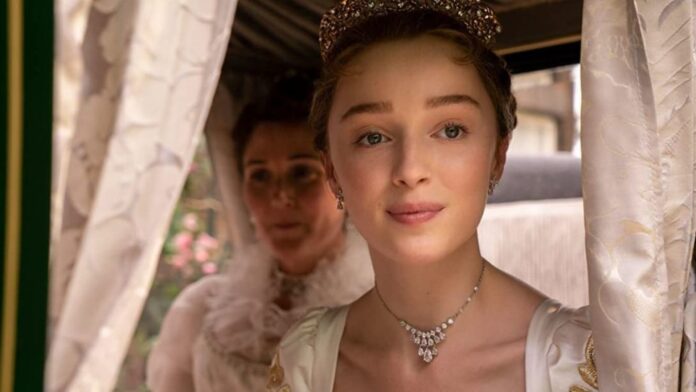 On December 25, the Netflix streaming platform delivered its new period series Bridgerton to fans, which is proving to be one more success for the streaming giant.

As fans know, Bridgerton tells the story based on the Bridgerton family, belonging to the aristocratic class of London during the Regency period in the early 19th century.

Despite being a success, one scene in particular from this first installment of Bridgerton, caused outrage in fans who immediately took to the networks to criticize the series harshly.

It turns out that in the new Netflix period series, which is an adaptation of the books, Daphne wants to do everything she can to get pregnant with Simon. Although they had sex, he was unwilling to get her pregnant.

In the scene, Daphne practically forces Simon to have sex with her; which is considered a violation. This generated an impressive controversy in the fans by the way in which the subject was approached in the series.

In this sense, the fans did not take long to react to the abominable fact and therefore went to the networks in order to express their impressions. Here’s what Bridgerton fans had to say:

“I’m already tired of some members of Romancelandia debating what is considered rape. Survivors are part of this community and we see it minimizing consent violations. ”

“I read about it and I was really upset. From the critics, it seems that they made changes to the scene to make it more palatable, but the lack of consent remains.

See Also
Why are sexual scenes important for the plot of the series?

“It makes me very sad that people are confused about this. If I were a woman, a white woman, I feel like more people would understand. ”

“I just read about this and I am so discouraged. Based on the reviews, it appears they made some changes to the scene to make it more palatable, but the fundamental lack of consent remains. “