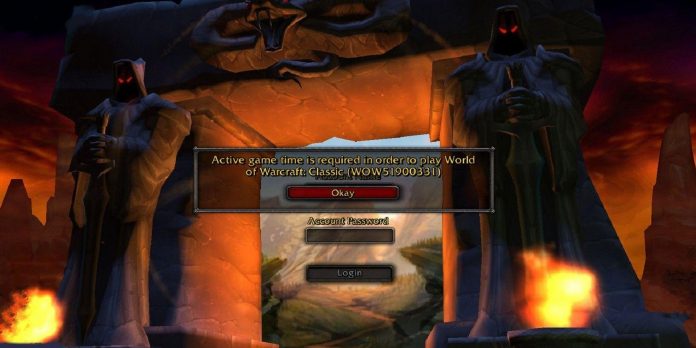 The World of Warcraft Classic community quickly picks up on internal changes that have not been discussed by Activision Blizzard, and some players are silenced due to mass messages, and some unreasonably. After some World of Warcraft Classic players discussed that they were kicked off the battlefields because they were massively reported, several well-known content creators in the space tested the report function and got amazing results.

Popular streamers of World of Warcraft Classic on Twitch Asmongold and Staysafe TV have made videos discussing the problems of mass reporting affecting some players in the WoW Classic community and especially affecting the PvP part of this community. World of Warcraft Classic has entered the preliminary patch for Wrath of the Lich King in anticipation of its addition on September 26, and there is an influx of players in instances, raids and battlefields who are preparing for the second addition for Classic WoW. Due to the influx of players, some players report certain users for being AFK, or send spam in the chat when they are not, which leads to severe punishments for those who have been flagged by Activision Blizzard.

World of Warcraft Classic players who have been suspended due to massive complaints can still log in and play the game, but with some serious restrictions that are in effect for several days and do not allow them to properly interact with other people or form groups. Players who have suffered from this silence during the battlefields are removed from them, which can lead to unfair defeats or the cancellation of matches that would otherwise have been played. Given the collective nature of Activision Blizzard’s MMO, this silencing has big consequences when it is incorrectly applied to some accounts, such as Staysafe TV, and is also used as an effective tool to combat in-game toxicity.

According to Activision Blizzard, the necessary measures are taken based on the player’s actions “or data about their actions”, since certain steps are taken during the blocking process, referring to many fans of World of Warcraft Classic who warned developers about the problem. Popular Twitch streamer Asmongold said, as did Staysafe TV in his video, that there are ways to maliciously silence these players using this process, for example, if the streamer live tells his audience to report the names of specific characters. Activision Blizzard has confirmed that the drastic punishment associated with this reporting feature is a byproduct of a bug being investigated by data analysts, and said that some accounts will be restored after checking the metrics.

Although some fans of World of Warcraft Classic have noticed a problem with this mass complaint system, most players have learned about its shortcomings through content creators such as Asmongold and Staysafe TV, and not from their own experience. It is currently unclear when the silence of World of Warcraft Classic players will end as a result of these potentially inorganic reports, but Activision Blizzard is working to rectify the situation before the launch of Wrath of the Lich King.

World of Warcraft Classic is already available for Mac and PC.