Home News Fans of The Witcher, crazy about Henry Cavill, have called on Netflix... 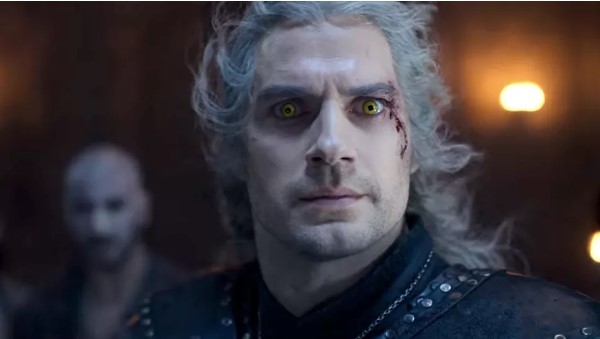 Fans are not happy at all that Henry Cavill has left The Witcher, and blame Netflix for this.

These have been tough days for Netflix subscribers who are fans of The Witcher. Less than two weeks ago, the main character Henry Cavill told viewers that he was “putting off his medallion and swords for season 4” (meaning that the upcoming third season of the fantastic hit will be his last image of Geralt of Rivia fighting monsters). ) and announced that Liam Hemsworth is ready to take on the mantle. As you can imagine, many are unhappy that he left the show, and now they have called on Netflix in a new petition that has already gained more than 100,000 signatures.

What does the Witcher petition say about Henry Cavill and Netflix?

I’m sure many people initially assumed that the recently restored Superman actor was giving up his role in the series due to increased responsibility for the Warner Bros. property, but soon fans began to collect a story that could have a real basis. The general consensus is that Cavill wanted to stick more to the books on which the series is based, while the writers/showrunners had a completely different idea. And a popular petition on Change.org , which was launched on Halloween and titled “NETFLIX: You Should Leave Henry Cavill as the Witcher and Replace the Writers Instead,” calls for this, noting:

Henry is not leaving The Witcher because of Superman, the management of Netflix has once again made a serious decision not to do this for their fans. The reason why The Witcher is such a popular TV series is the fans’ love for the primary sources of books and games, which are hated and actively ridiculed by screenwriters and showrunners. Henry Cavill is one of those big fans, he knows everything by heart and wanted to stay true to Sapkovsky’s world, so Netflix wants to replace him.

If you think it sounds somewhat far-fetched that those who created the storylines for the drama literally “hated” the source material, know that this idea did not come from nothing. Just a few days before the announcement of this big news, the former producer, answering questions from fans about his new series, directly addressed the writers of The Witcher, saying that they “were not [fans] or actively disliked books and games (even actively ridiculing the source material.)”

On top of that, we got another potential update when a report came out saying that Cavill was so put off by the direction of the series that he was thinking of leaving after the second season, as he needed a new version of Geralt that is more closely related to that in the books there is at least one reason. When you combine these things with how openly the actor spoke about his love of books and video games, and those behind the scenes said how hard he fought for the job and worked to fully embody his character, the position taken in the petition really makes some sense.

At the time of writing this article, this petition had 139,251 signatures, but after sitting and watching the counter for a little more than a minute, I can tell you that this number will definitely grow, and quickly, since about one new signature per second appeared. . Part of the promise fans make by signing him is to stop watching the show when Cavill’s work is completed at the end of season 3, and also possibly cancel their Netflix subscriptions, which was part of the fan rescue campaigns. canceled the show earlier. The petition ended with this hint of a solution to another hateful fantasy show:

We’ve already had to endure the catastrophe that was the end of Game of Thrones — NETFLIX doesn’t repeat the same mistake, holding on to writers and showrunners who consider themselves superior to the actual creator of the stories that made them successful.

I doubt that any of the fans’ actions will lead to the return of the main actor and the replacement of the entire screenwriting staff, but at least they expressed their displeasure.