Home Entertainment Fans of “The Good Doctor” May Have to Choose a Side Soon... 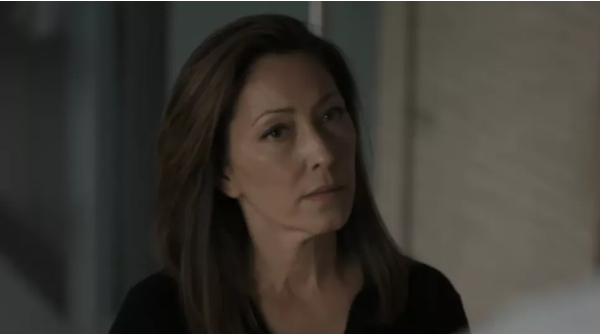 There are spoilers ahead for the second episode of the 6th season of The Good Doctor on ABC called “Changing the Point of View”.

“The Good Doctor” continued season 6 with a much quieter episode following last week’s tense premiere, which featured a full “Anatomy of Passion” with an active shooter in the hospital. Although there were no bullets in “Change of Perspective”, however, a conflict was brewing as Dr. Lim tried to come to terms with her paralysis after Sean made a controversial decision during an emergency operation after being injured. While she seemed as good as one could hope for in her circumstances for most of the episode, she finally broke down in the final minutes, and her rants suggest that fans may soon have to choose sides.

In a fantastic performance by actress Kristina Chang, Lim finally allowed herself to feel everything when a passerby helped her with a wheelchair and then asked if she was okay. The Doctor replied:

No, I’m not okay. I’m so tired of this chair. I’m tired of driving with my hands. I’m sick of not being able to move around because there are stairs everywhere. And I hate that my body doesn’t do what I want. I hate training like an Olympic gymnast just to get off the damn toilet. And I hate Sean Murphy. It’s all his fault.

Well, it’s good that Dr. Lim finally allowed herself to feel everything, and not lock everything in herself, but there’s no easy solution to everything that bothered her either. While viewers who watched the premiere (which began in the Season 5 finale, which saw a full emergency with an acute cliffhanger for Lim) saw that Sean did what he thought was best to save her life during surgery, it left her paralyzed from the waist down. down, and he was the only one who wanted to do this particular operation.

In fact, if Glassman hadn’t had to leave the room for another emergency operation, Sean wouldn’t have gotten his way. There is no way to know if Glassman’s method would have saved her life and saved her from paralysis, but she knows for sure that Sean’s method made her change her whole life… even though she is alive only because of him.

Sean, Lim, and Glassman have arguments that can be challenged, and a conversation between Asher and Jordan at the beginning of the episode revealed that the characters might even have to take sides in the Good Doctor universe. Jordan said Sean paralyzed Lim because he didn’t follow Glassman’s orders, while Asher claimed he saved her life, and there’s no way to know what the outcome would have been if Sean had gone the other way.

Asher and Jordan didn’t argue about it, but the promo for the next episode suggests that viewers may have to choose who they agree with between Sean, Lim and Glassman. Let’s take a look:

Lim is obviously going to voice her concerns to Sean and Glassman in the episode that will air on October 17, when Glassman will come out and say that he wouldn’t have done what Sean did, while Sean insisted that he saved her life. In general, it seems that the next episode should definitely be watched by everyone who is ready to see the consequences of Dr. Lim’s breakthrough regarding surgery.

Tune in to ABC to see new episodes of The Good Doctor on Mondays at 22:00. ET and subscribe to Hulu if you’re interested in revisiting past seasons of the popular ABC medical drama. The show may get a spin-off, although the result will be a completely different show. To find out about additional viewing opportunities now and in the coming weeks, check out our schedule of TV premieres for 2022.

When is the GTA 6 release date? Here’s the new claim

Harry Potter: the first magical trailer for the HBO special is...