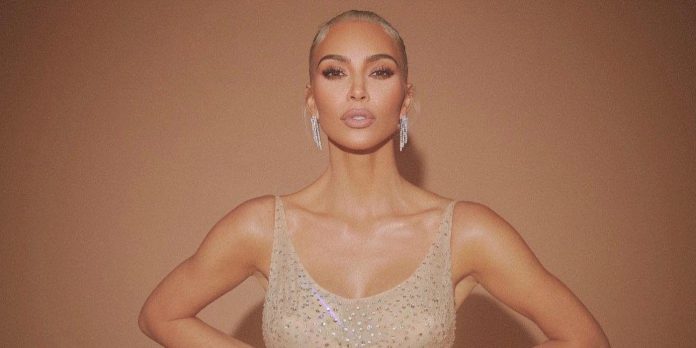 Kim Kardashian was called by her fans after The Kardashians star posted a photo showing her total body fat. Kim has long been accused of going under the knife. But the reality TV superstar remains adamant she is completely natural, except for her minor cosmetic improvements. Kim admitted that she had botox injections and laser treatments in the evening hours when her children were sleeping. But she always denied rumors about her curvy figure and toned abs.

Back in 2011, Kim had an X-ray of her buttocks to prove to fans that it was true. For years, Kim has been accused of Brazilian butt lift, liposuction and even breast augmentation. More recently, fans were convinced that Kim’s published video about routine skin care showed her postoperative scars from a supposed facelift and nose job. Kim either denies or ignores this assumption, promoting her beauty-oriented lifestyle on social media. She admits that she likes her appearance more than the average person. This only reinforces the fans’ belief that she went under the knife to preserve her perfect appearance.

Related: Kim and Pete’s most memorable Moments together before the Breakup

Kim recently told her social media followers about her latest cosmetic endeavor, which included a full body fat scan. Reddit user anneyyx shared a screenshot from the reality TV star’s Instagram post, where she showed the results of a scan of her body in the “Athlete” category. In another photo, Kim advertised a Body Spec van that “pulled up” to scan the body of the SKIMS founder. “They measure your bone density and body fat percentage, as well as other useful things to make sure you’re in good shape and healthy,” Kim captioned the post. But after watching Kim’s body scan, fans tore her apart for what they believe proves once again that work has been done with her body. “I laughed at the outline of the body,” wrote one Reddit user. “It makes BBL more realistic,” another added.

Fans were convinced that Kim’s protruding hips in the picture have the same shape as many women who have undergone BBL procedures. This is an operation that Kim and her sisters have denied, despite public rumors. Another Reddit user wondered why the breast area on Kim’s body scan was completely yellow-white, whereas other body scans in the same area are clear. “Doesn’t the white color mean implants?!” the Redditor asked. “Unfortunately, her breast implants are visible. There is no breast tissue,” said one user. Others noted the absence of a rib cage on the body scan and wondered if they were simply not found in the results or if they were removed to give Kim her trademark toned abs. “It’s strange that you can’t see the ribs either, right? I looked through the dex-scans of the bodycon, and they all show ribs,” one Redditor user noted.

If Kim hoped to refute the assumptions about the alleged plastic surgery by publishing a body scan, she managed to do the exact opposite. Kardashian fans seem to be more convinced that Kim went under the knife and did a job to improve her appearance. But if you ask Kim, she is a natural woman who works hard to maintain her health and physique. Kim claims that her beauty is achievable if only you put effort and care. However, fans and critics believe that Kim has the money to maintain a perfect appearance.

Alex Kidd in Miracle World DX, Analysis. The Hero That Could...

Lost Ark – Starter Packs: What They Include, Price And Differences