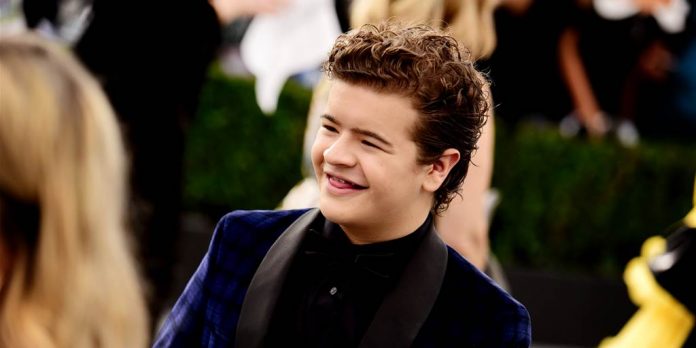 Streaming platform Netflix is ​​due to deliver sometime in 2021 the fourth season of the fan-favorite sci-fi series Stranger Things.

As fans already know, Stranger Things has seen an impressive delay from the launch of season four. The production of the new delivery was interrupted in March last year due to the blockage generated by the coronavirus pandemic.

However, the team and cast returned to the film set at the end of October under strict safety and prevention regulations against any risk of contagion from the coronavirus, in order to shoot the scenes of the next episodes of season 4 of Stranger Things .

And is that despite having returned to the film set and postponing the plans for Stranger Things, the coronavirus pandemic continues to hamper the filming of the science fiction series.

In this sense, the interpreter of Dustin in Stranger Things, actor Gaten Matarazzo, offered an interview for People magazine, and stated that the process on set is “slower” than usual, and that much is not known with exactly when the series could return with the fourth season to Netflix. This shared the star:

“It’s definitely a slower process than normal, which says something as we use our time for the show. So it’s not as fast and consistent as we’d like, but we’re all doing our best to deal with the situation. ”

Due to the statements of the Dustin actor in fiction, fans of Stranger Things do not stop receiving bad news. Which could mean that the series will not hit the screens as soon as many imagine. So much so, that there is currently no tentative date for the launch of the fourth installment of the series.