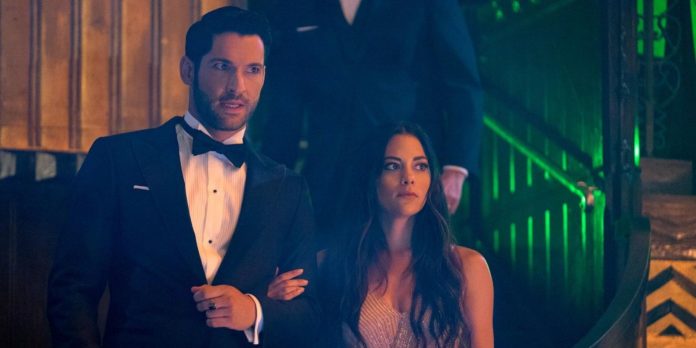 The Netflix streaming platform must deliver at some point in 2021 season 5B of the diabolical drama Lucifer, which keeps all loyal fans in a state of anxiety.

As fans await the arrival of the next episodes, the crew and cast of the infernal drama are already on the film set filming the scenes for the episodes of the sixth and final season of Lucifer.

And is that as the release date of the next episodes of the series is unknown, fans of the drama keep reviewing past episodes and theorizing about what is to come.

However, this time they have detected a bug in Lucifer that is related to Eve. Recall that Lucifer is a mythological fantasy drama that tells stories of supernatural characters.

It turns out that a slip in the series that goes against its own mythology, surprised fans of the Netflix series. Fans of the drama pointed out on Reddit that there is a big problem with the way Eva is portrayed in the Netflix series, the supernatural being has a belly button.

In this sense, fans of the diabolical drama Lucifer wondered how the first human woman was simply created and was not born of a mother, so her belly should be “flat”.

Interestingly, the same goes for Lucifer, Mazikeen, and other angelic and infernal creatures on the show, but there is a possible explanation for these cases: this is not their true form, just one they adopted to transit the Earth.