Home Celebrity FANS ASK HARRY STYLES TO GIVE UP THE CONCERT PRIOR TO SUPER... 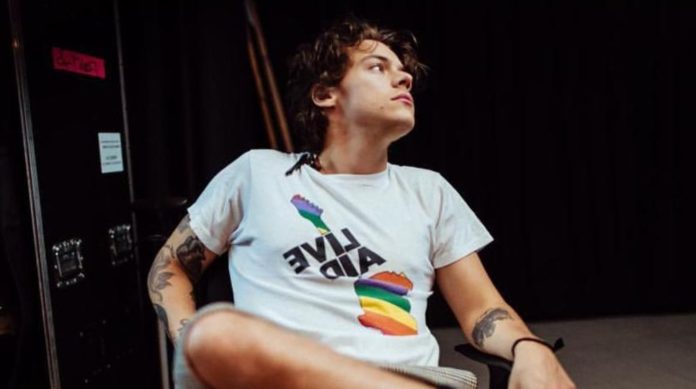 FANS ASK HARRY STYLES TO GIVE UP THE CONCERT PRIOR TO SUPER BOWL
His fans believe that this event will harm him if he doesn’t do something.

Harry Styles had a great start to the year thanks to the success of his album “Fine Line”, the British will take these months to prepare for his “Love on Tour”, but before he will have some activities such as the “Planet Pepsi Zero Sugar”, a event that uses euphoria for the Super Bowl and will take place on January 31.

However, the singer’s plans have not been well received by his fans and have been mobilized on the networks to make a request. We tell you what happened.

Please remember when trying to get your message across, it’s important to remain kind, considerate and respectful. Harry is a person too and when you turn a serious issue into an opportunity to mock and insult someone, your message becomes a joke.

Harry has been characterized by showing his support for the LGBT communication and for transmitting a message through his motto “Treat People With Kindness”, so they consider that this concert goes against what he has shown, because the NFL has been accused of racism.

a thread on why the nfl sucks, why #HarryDonate is important, and why every artist who’s performing for any superbowl celebration should look deeper into who’s putting money in their pockets:

He was criticized in social networks with the hashtag #harryblackout, fans were divided into opinions; there were followers who have lived racism in their lives who want to be in solidarity with them and support their fight, they also defended it, because Pepsi is only a brand that uses the Super Bowl expectation to promote itself and Harry is not related to the NFL.

After the messages so that the singer does not show up, some fans asked that he donate instead the profits he will receive for that presentation, as a way of protesting against the racism that the NFL showed against Kaepernick, a former player who protested in the games for the violence that has suffered the African-American community.

JUSTIN BIEBER RECEIVES CRITICISMS FOR THE PHOTOS HE USED TO PROMOTE...

Kylie Jenner Reveals What Her Future Child Will Be Called