Home Entertainment Fans are unhappy with the changes made to the Sonic 3 soundtrack... 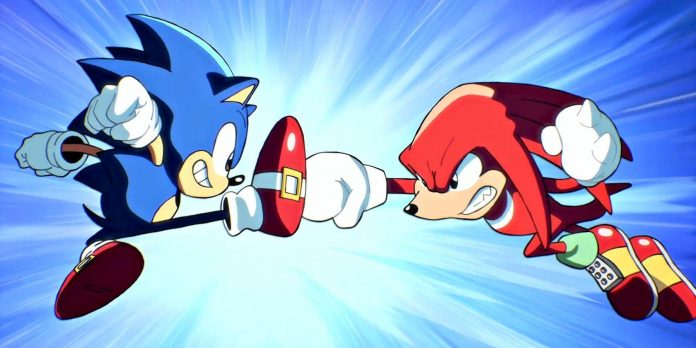 As Sonic Origins prepares for release this week, Sega is finally releasing a complete collection of classic Sonic the Hedgehog games for the Sega Genesis and Sega CD. This collection not only brings these beloved games to modern platforms, but also includes the first re-release of the complete third part, Sonic 3 and Knuckles, from the 2011 Sonic Classic Collection for the Nintendo DS. However, you have to pay for this reissue, because the game loses part of its soundtrack, and fans are not impressed with the new tracks yet.

There has been a lot of speculation over the years as to why Sonic 3 and Knuckles weren’t as well-liked as the first two games in the series regarding re-releases, with the first two games appearing in almost every major Sega collection. compilation, while Sonic 3 and Knuckles have not appeared since 2011. The theory, which has since been more or less confirmed, is that the famous pop artist Michael Jackson contributed to the music for the third game and its counterpart Sonic and Knuckles, which led to difficulties behind the scenes with the reissue of the title in its original state.

Sega recently confirmed that Sonic 3 and Knuckles will receive changes to the soundtrack, mainly for stages such as Ice Cap Zone, Carnival Night Zone and Launch Base Zone, which will probably remove any connection with tracks written by Jackson and his team. It has also been confirmed that these replacement tracks will be based on the music used in the PC version of Sonic and Knuckles Collection released in 1997 and on the prototype version of Sonic 3 discovered in 2019. (Michael Jackson composed) analogs, many believe that the versions used in the Genesis prototype are superior to the PC versions.

Unfortunately, despite the fact that fans preferred the prototype versions of Genesis and promised that the tracks would be remastered by the composer of the series Jun Senue, the tracks were teased on the Internet, and fans are no longer enthusiastic about the reworking of Sega tracks. This is mainly due to the fact that the tracks are most similar to the MIDI versions of the controversial PC port, as opposed to the prototype versions, which are more like the soundtrack to the rest of the game and other Genesis Sonic games.

Although this soundtrack change is sure to remain controversial, Sonic Origins contains many useful changes to the original games, the main one being the transfer of games to the Retro Engine, the engine used to create remasters of games for mobile devices. platforms and Sonic Mania 2017. Each game also comes with new animated cutscenes and the ability to use the jerk introduced in Sonic Mania. Despite the changes made to Sonic 3 and the Knuckles soundtrack, Sonic Origins seems like the best way to experience games on modern platforms.