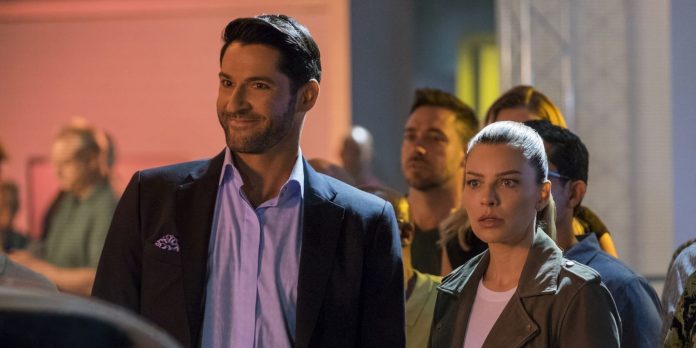 The Netflix streaming platform must deliver to fans the second and final wave of Lucifer season 5 episodes, which they are waiting in a state of anxiety.

As you may recall, the first part of the fifth installment of the infernal Netflix series, arrived on the streaming platform on August 21, 2020. After four months, desperate fans have not received news about the release date of the second part.

And it is that the creators of Lucifer and its writers, have been in charge of playing with the furious fan of Lucifer, publishing in their official accounts of social networks, riddles related to the final part of season 5.

In this sense, fans are outraged because they think they are playing with their state of anxiety, by not informing when they will definitely release the premiere date of the final episodes of season 5.

The latest stir from Lucifer fans occurred this week after a new puzzle was posted on an official account for fans to get distracted by solving it while waiting for new episodes.

The new puzzle, is related to what is coming for his characters in Season 5, Part 2. The latest puzzle posted on Lucifer’s twitter account, released the following:

Some entertaining fans began to theorize about the new puzzle; However, others quickly expressed their annoyance at being frustrated with Lucifer’s vague announcements without revealing the official release date for the second part of season 5. In this regard, Lucifer’s account kept posting saying the following:

“You keep asking when 5B is coming out and we still can’t say sry, but what we do know is that ****** is about to learn a thing or two about denial.”

Without much understanding of what was meant, some fans of the diabolical drama Lucifer responded with blank-eyed emojis and others expressed their impressions related to silence about the long-awaited date. This one fan said:

“Not the asterisks again! When is the date? Define once”

ARIANA GRANDE PREPARES AN ALBUM, LIVE FROM ITS ‘SWEETENER TOUR’