Home Celebrity Why are the fans so afraid to see Lili Reinhart and Cole... 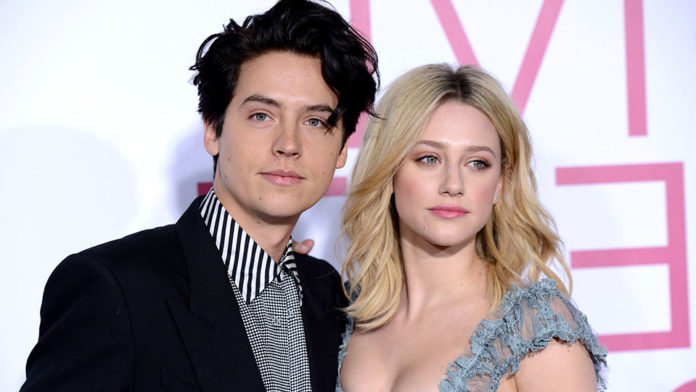 Lili Reinhart and Cole Sprouse may spin the perfect love, the fans are afraid of the idea that they break up. We tried to understand why this is the case.

Together for almost three years, Cole Sprouse and Lili Reinhart have formed one of the favorite couples of internet users. More adorable than ever, the two actors make more than one dream with their pretty accomplice relationship, even if they are very discreet. Indeed, the essentials Betty Cooper and Jughead Jones in the Riverdale series avoid as much as possible to display their story on social networks or to mention it in an interview.

A decision which is after all normal but which is sometimes misinterpreted by aficionados, convinced that there is something wrong. Some of them have a panic fear of seeing them separate and are constantly worried about whether their ship still exists. But why do they have such fear? In reality, the answer is quite simple.

You make me very happy. Happy Valentine’s Day, my love.

On paper, Lili Reinhart and Cole Sprouse represent the idyllic couple. The one who has a perfect love story: the two actors met on the set of their show, their characters fell in love on the screen and the fiction joined reality. In real life, spectators were able to follow the evolution of their romance, and felt this impression of living their story with them. So it’s surprising that they feel very involved, to the point of fearing a breakup.

Like Bob Morley and Eliza Taylor who married in secret to everyone’s surprise , those we nicknamed Sprousehart have a love storythat fans have seen born and they absolutely want to preserve. A wish that we can understand. However, this fascination can sometimes be negative or even heavy for the main stakeholders.

We tend to forget it but the couples of stars are people like the others. The only difference is that their romance is public, both good and bad. Therefore, the pressure to be tried is already at its maximum. On the net, trolls have a great time and sometimes go very far. Cole Sprouse is often portrayed as a bad boyfriend for Lili Reinhart . While some criticize him for not being attentive enough, others accuse him of being unfaithful. As for the actress, she is constantly compared to her boyfriend’s ex-girlfriend. A very sad reality. As a reminder, the lovebirds have already denied the rumors of separation about them. And even if that happened, it was a decision that the shippers should accept.In the meantime, do not believe all the gossip that swarms on the Web. The two lovers are just very secretive and it works out pretty well for them.