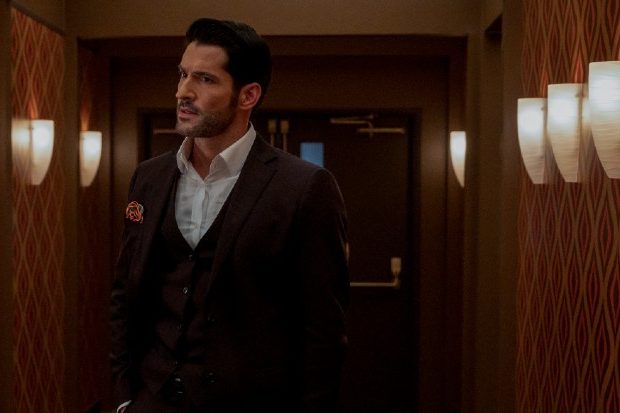 Sometime in 2021 Netflix and the producing team of the platform’s diabolical series Lucifer will take pity on fans of the drama and finally deliver the long-awaited final episodes of season 5.

As all fans know, the first wave of episodes of the fifth installment of Lucifer arrived on Netflix on August 21, 2020. Almost 6 months after the launch, the release date of the next episodes is still hidden, which it is affecting the regulars immensely.

One of the events that marked the first part of season 5 of Lucifer, was the arrival of God (Dennis Haysbert) to earth to bring order to the disaster that his children maintain in the infernal Netflix series.

The fans remain in a state of anxiety waiting again for the return of the heavenly father, who must arrive with the next episodes to see him interact once again with Lucifer Morningstar (Tom Ellis).

In this sense, the faithful spectators of the drama are assuring that with the prompt arrival of God, Lucifer will become an angel and will rule heaven. Let’s remember that Lucifer feels betrayed by his father, after the heavenly king threw him out of heaven after the rebellion began.

As punishment, God appointed Lucifer as the ruler of hell for all eternity and despite abandoning his position to live on Earth, Lucifer is still very upset with God.

In the final part of the first wave of episodes of the series, God made an appearance to try to end the chaos caused by Lucifer, Michael and Amenadiel (DB Woodside). But how will the relationship between Lucifer and God develop and what will this meeting mean for the king of darkness?

Fans of the drama hope that the presence of God on earth aims not only to solve the problem between his children, but to mend his relationship with Lucifer. In this regard, the showrunner of the series, Joe Henderson, recently spoke with CBR.com revealing that Lucifer and God can end their enmity.

“A lot of Lucifer’s relationship with God is about this distance. What was interesting is choosing someone who had that inherent warmth, plays against the guy you would expect, but also leans on a kind of fatherly energy that gives.” .

in this case, if the reunion between Lucifer and God materializes, there is a possibility that the king of hell can take back his identity as the angel Samael. In this sense, some fans theorize that Lucifer could become the new ruler of heaven. This they said on Reddit:

“I think it’s an interesting thought to consider that God’s plan is to test Lucifer in his abilities to replace God, with Chloe becoming the new goddess. As Dr. Linda said: ‘When angels fall, they also rise.’ Lucifer has grown (resurrected) by learning what is good and bad. “

Meghan Markle wants to make peace with the royal family!

BTS COULD PRESENT AT THE 2020 GRAMMY AWARDS