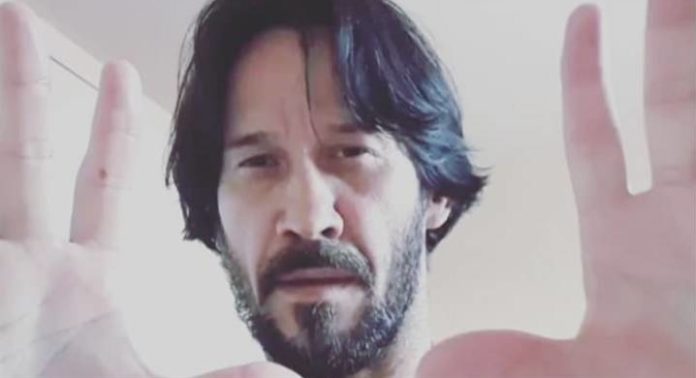 While Marvel is still in a negotiation with Keanu Reeves for the role of Ghost Rider, fans seem confident that the famous actor will take the role. A fan-made trailer was released, featuring Keanu Reeves as the Ghost Rider.

It is no longer a secret that Marvel is trying to add the famous actor Keanu Reeves to the Marvel Cinematic Universe (MCU) as Ghost Rider. Kevin Feige, the head of the studio, admitted that they met Reeves for every new project they had. Marvel fans are also eager to see Reeves as Ghost Rider.

Keanu Reeves and Marvel are just in the negotiation yet for the role of Ghost Rider. But a new trailer made by a YouTuber called stryder HD reveals how the famous actor might look like Ghost Rider.

In the fan-made trailer, there are images from Nicolas Cage’s first Ghost Rider movie, as well as the character’s Agents of S.H.I.E.L.D. The appearance in the series is also included. There are also some scenes from the movie Constantine starring Hellboy (2019), Evil Dead (2013) and Reeves. Of course, a little bit of John Wick was added to this mix.

It seems only a matter of time before Reeves stepped into the Marvel world and appeared in the role of Johnny Blaze. The indispensable star of action films stands out as the only name that can brighten the Ghost Rider character. Although it is hard to wait, we can settle for this fan-made trailer for now.

OnlyFans hype: Will Gerda Lewis soon be on the platform too?