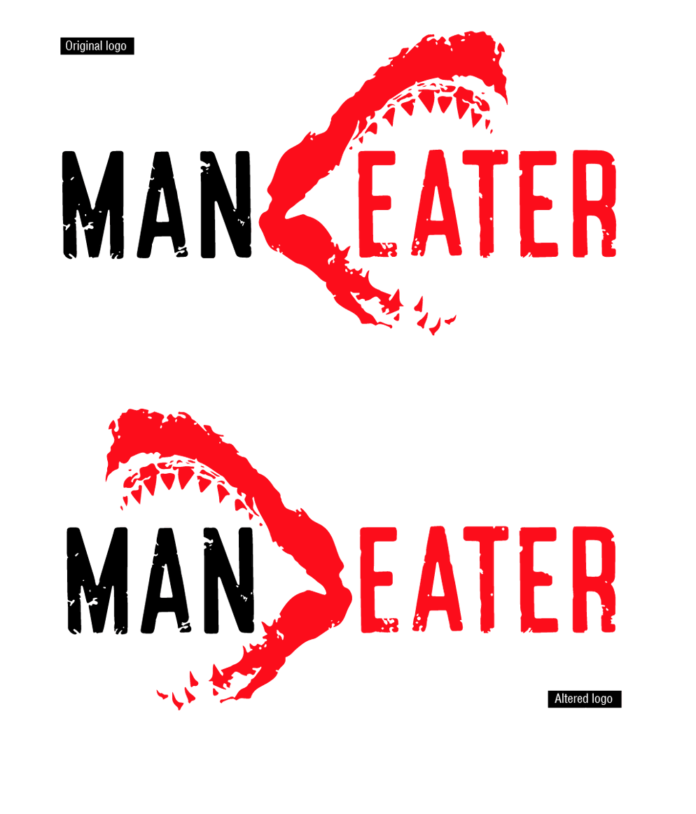 A Reddit user fixed the logic error in the logo of the Maneater game by making a slight change in the logo. This simple yet effective change made by Reddit’s Maneater logo was congratulated by many players.

The shark simulator Maneater, which was released last month for PC, PlayStation 4 and Xbox One, soon gained the admiration of many players with its open world RPG elements. Now, a Reddit user has completed the only shortcoming in the game by making a simple but effective change to the game’s logo.

Normally, the words ‘Man’ and ‘Eater’ were written separately in the logo of the Maneater game and a jaw resembling a shark was placed between the two words. However, this chin was translated into the article ‘Eater’ and looked as if it was biting it. The Reddit user turned this jaw upside down, making the shark jaw appear to be biting the word ‘Man’.

So what exactly does this change mean? The word Maneater, which means ‘Human Eater’ in Turkish, consists of two different words: ‘Man’ (Human) and ‘Eater’ (Eater). At this point, we can say that the chin reversal in the logo also performs essentially what it should be.

What game is Maneater?

Maneater, developed and published by Tripwire Interactive, is known as an action role-playing game where players move around in shark form. The story of the game, which we will transform from a young shark to one of the most killer of the oceans, is as follows:

“As a little shark, you have to be fed up in the ecosystem where you stepped and climb to the top and survive in the wild world. To this end, you will encounter many enemies, such as humans and wild animals, and explore a large and diverse open world. If you find the right resources, you can grow to exceed its potential in nature and turn into a giant shark, a legendary super hunter. Eat. Explore. Arrival.”

The game, which was released last May, is currently being offered for sale on Epic Games. You can reach the game’s Epic Games page by clicking the link here and buy the game.

RM reveals Jin’s personality and the secret of ‘Moon’

An Application that Transforms Smartphones into 3D Browser Developed

Kylie Jenner and Travis Scott have a date, have they reconciled...