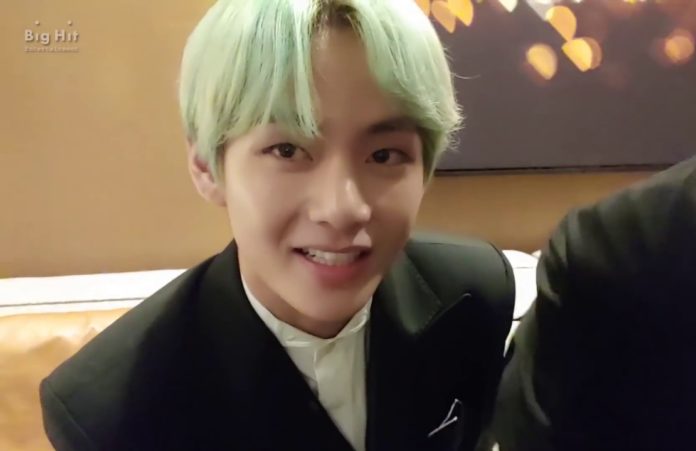 The idol continues to visit Weverse frequently, interacting with his fans and responding to some of his comments, however this time it was his honesty that surprised his fans and at the same time gave them a fun moment.

Taehyung has shown all his charm on social media during the quarantine days, from sharing his exercise routine to showing off some of the work he’s doing for the next BTS album . Although V’s personality allows him to show many facets, all of them are charming for ARMY , no matter if he is as a composer, athlete or as a joker.

In her last appearance within Werverse , the idol was met with a comment from one of her followers asking him to please marry her, surely Tae receives many proposals like this due to all the hearts he has stolen around the world, but not all receive an answer.

This time it was different, because this ARMY not only managed to get V to read his proposal, but also stopped to answer him, how lucky! Or not? The idol’s answer was brief, direct and honest , a simple ‘no’ was enough so that in addition to answering a fan’s questioning, it also made everyone who saw this interaction laugh .

A ARMY amused him that the idol could be so sincere and, inevitably thought they had probably learned well from Jin , who has an iconic phrase for when receiving marriage proposals.