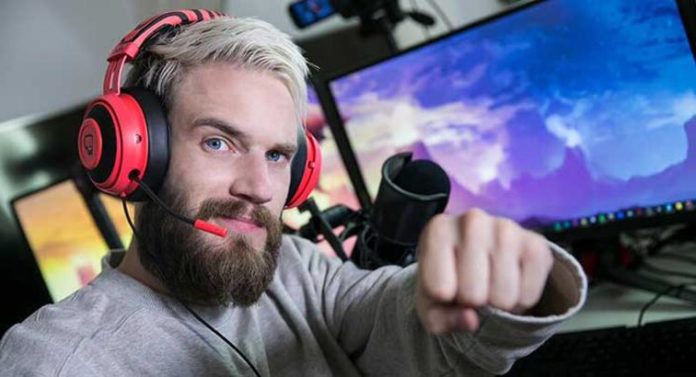 PewDiePie, which came to the audience with a video again on February 21 after stopping the video broadcasting in January, became the target of criticism arrows. The reason for PewDiePie’s criticism is the corona virus jokes he made in his last video.

The famous YouTuber Felix Arvid Ulf Kjellberg, or PewDiePie, as he was known, has not uploaded new videos to his channel on his social media platform since last January. Bringing a new video with his audience on February 21, PewDiePie touched on many topics from the famous Fortnite player and commentator Ninja’s tweet criticizing video game players to the new corona virus outbreak.

However, PewDiePie’s corona virus jokes caused rave reviews on the internet, and many responded to the famous YouTube star on social media. PewDiePie, which released the new video of the famous “Meme Review” series on February 22, continued the series of corona virus breasts as well as the Ice Age baby and Bernie Sanders breasts.

‘Legal notice’ from PewDiePie
PewDiePie, before going on to evaluate corona virus nozzles, wearing a mask on the face and referring to criticisms, “Disclaimer: Laughing at something doesn’t mean I think it’s fun. Even and even, just the opposite. Know that, we’re clear here: this assessment is only historical. I am doing it for the sake of the context and it would be dishonest and insincere for me not to evaluate the corona virus. ”

Yet another “legal notice” appeared at the bottom of the video throughout the corona virus episode. In this warning, it was stated that the comments in the video are only for sarcasm and should not be taken seriously, PewDiePie does not encourage or approve of anything.

Later in the virus, PewDiePie showed an article, arguing that Chinese people also made corona virus nozzles and jokes to deal with the epidemic. At the end of this episode of the video, PewDiePie asked his viewers to wash their hands and throw away what they coughed, giving their corona antivirus advice.

It is not the first time that PewDiePie has become the target of criticism arrows. PewDiePie, previously criticized for his hurtful jokes and comments, was banned by China for his support of Hong Kong protests. Despite all this, PewDiePie is by far YouTube’s biggest star. Due to this popularity of YouTuber, Elon Musk and Dr. Names like Phil appeared in his program.