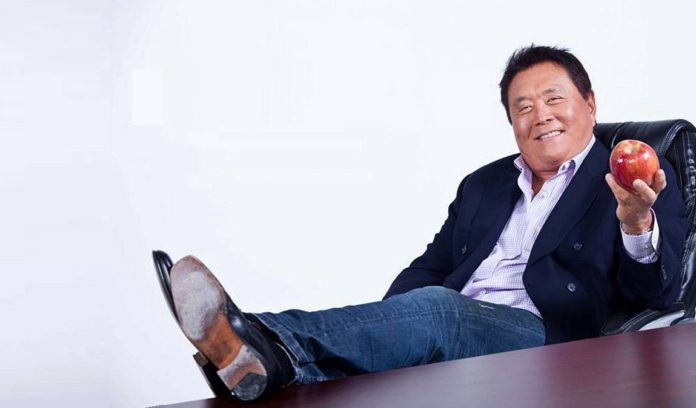 Robert Kiyosaki said that Bitcoin should receive Bitcoin in 2009, the birth year. But Kiyosaki stated that he had invested elsewhere instead.

The famous name Robert Kiyosaki, the author of the book “Rich Dad, Poor Dad”, continues to praise Bitcoin to his followers on Twitter. This time, the famous writer, who did not say anything about the USD and the current financial crisis, expressed his great regret for not having received BTC in 2009.

BITCOIN vs DEBT. 2009 Bitcoin was born. Did not buy. Did not understand. Instead BORROWED $300 million to purchase 7000 rental units. Made millions tax free BOUGHT gold silver. LESSON it’s NOT the asset. It’s the investor that makes the money. STUDY CHOOSE TEACHERS before asset.

The leading real estate investor said that in 2009, when Bitcoin was born, it did not understand that it was the future digital gold and therefore bought real estate, not BTC, with a $ 300 million loan.

Kiyosaki acquired traditional safe haven assets such as gold and silver. Now he advises us to think well before buying assets. However, Bitcoin seems to be on the list of preferences.

Coronavirus Vaccine New Gold
Robert Kiyosaki also noted that human trials for the Kovid-19 vaccine, announced by Bill Gates on April 9, have begun. Kiyosaki talks about conspiracy theories as he believes Gates will use the coronavirus to make another fortune. Kiyosaki uses the following expressions:

“NEWS FLASH. Corona vaccine is the new GOLD. BIll Gates announced that the vaccine has started human testing today. Are you surprised? I’m not surprised. Gates will make trillions of money. Elites will make vaccination mandatory. ”

Kiyosaki also claimed that US President Donald Trump was trying to win the elections using the outbreak.

What Happens if the Aircraft Engine Fails During Flight?