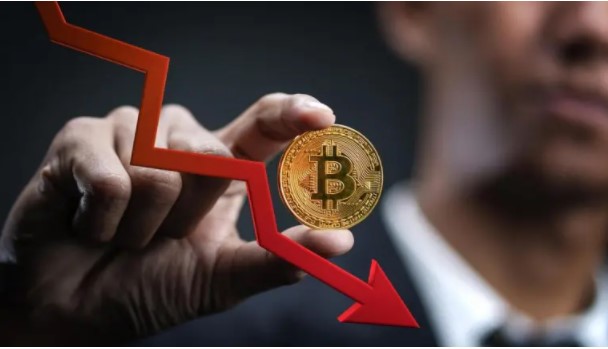 Annoying predictions continue to come for the leading cryptocurrency, which upsets crypto investors with its downward movements amid geopolitical uncertainties. One of the most famous cryptocurrency market analysts says that he predicts another downward wave for Bitcoin (BTC). As Kriptokoin.com, our topic in this article will be the comments of the famous analyst about the fall of BTC and the details of the comments.

Is the yen a bearish wave for Bitcoin (BTC)?

Strategist nicknamed Kaleo, a popular cryptocurrency markets analyst and trader, is warning Bitcoin (BTC) bulls that BTC is poised to drop. Kaleo, the pseudonymous crypto strategist, told his 473,400 Twitter followers that he closely follows the price action of BTC in the lower timeframe. According to Kaleo, currently, BTC is following the market structure in June 2021, when the flagship cryptocurrency dropped from $41,000 to $28,000. Crypto analyst Kaleo, who analyzes the subject, says:

For BTC, if anything, I see that the current structure is more similar to the structure we saw in mid-June… I just want to make a reminder. Support failed, macro build looks weak. It’s more likely to form the next leg than to not go down any further.

Analyst Kaleo is not alone in his bearish views

If Bitcoin (BTC) follows crypto analyst Kaleo’s fractal, it could be on track to revisit the $32,000 level, which represents a potential downside over 15% from Bitcoin’s current value. Crypto analyst Kaleo is not alone in his bearish views on BTC. On the other hand, popular crypto strategist Michaël van de Poppe is also bearish on Bitcoin (BTC) and believes that BTC will follow a similar path.

Analyst Who Knows Whale Selloff Announces 7 Altcoins in His Basket!