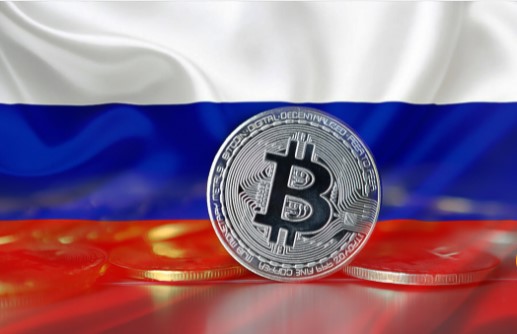 Famous economist Alex Kruger has warned investors that crypto assets will be adversely affected if Russia turns to cryptocurrencies to evade sanctions.

Kruger: A Terrible Downfall Will Start If Russia Turns To Crypto

Cryptocurrency analyst and famous economist Alex Kruger announced that the sanctions applied to Russia as a result of the Russia-Ukraine crisis may have bad consequences. Kruger told his 123,700 followers on Twitter that Russia’s turn to cryptocurrencies to circumvent sanctions could result in a serious backlash from US regulators.

Alex Kruger gave the following statements in his statements on this subject;

“It would be a terrible fallacy for Russia to use crypto to circumvent sanctions. Don’t expect this to happen. But be careful what you wish for. US regulators will be forced to crush the industry as a matter of national security.”

The United States, along with its allies and partners, imposed various sanctions on Russia after it began invading its neighbor Ukraine. The sanctions also include the separation of Russia’s leading financial institutions from the US financial system.

According to economist and crypto analyst Kruger, prices of crypto and other assets such as stocks and commodities have bottomed out after the plunge caused by the Russia-Ukraine conflict.

Kruger continued his statements with the following words;

“Downfall is very likely for stocks and cryptocurrencies. Best for precious metals. The market is telling you that.”

The Use of Nuclear Weapons Could Make the Situation Worse

However, although Kruger thinks that the prices of crypto and other assets have hit the bottom, he stated that the use of nuclear weapons in this war may worsen the situation and said:

“How things could get worse:

Other than these scenarios, the market has already taken the worst-case scenario and parried it.

This happens in every gunfight. This may have been different as it has been bigger than any conflict for decades, but the market doesn’t say so.”

As of the writing of the content, the leading cryptocurrency Bitcoin (BTC) continues to trade at $38,759, down 1.01% in the last 24 hours, according to CoinMarketCap data.

Binance Invests In These 10 Altcoins: They Can Be Listed!

BitTorrent destroyed social media with the rise of coin