Home Celebrity Famous couples who like to watch basketball together: Prince William and Duchess... 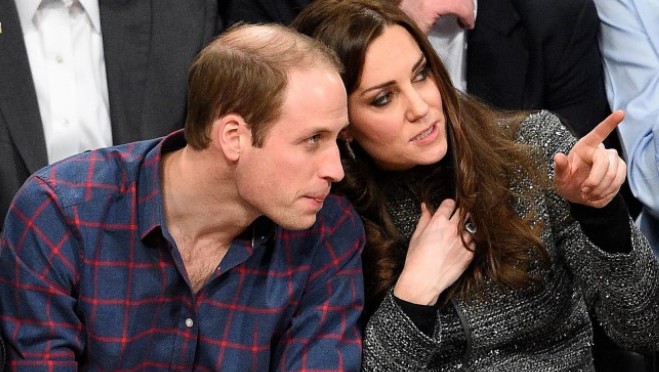 Love and basketball! Whether it’s a college match or the NBA, famous couples adore dates that involve seats on the court.

Beyonce and Jay-Z have been perfecting the art of appearing on the court for years, especially at a time when the rapper “99 Problems” owned a partial stake in the Brooklyn Nets. The couple, who tied the knot in 2008, have always surprised the crowd with their fashion choices, which in one memorable case included a $22,000 Gucci kimono for Beyonce.

In the following years, the couple started bringing their daughter Blue Ivy (born in January 2012) with them, and like her parents, she usually turns the court into a runway. At the Los Angeles Lakers game in March 2020, the famous kid was wearing a personalized denim jacket with the inscription “My name is Blue” on the back.

In December 2014, the Carters were joined by members of a different kind of royal family: Prince William and Duchess Kate, who took part in a basketball game during their visit to New York. The Duke and Duchess of Cambridge attended a match between the Nets and the Cleveland Cavaliers, which at that time included LeBron James.

“It’s a great honor,” the athlete told ESPN during the game in front of the royal family. “I had people from all over the world, up to the height, but the president of the United States was quite big. To invite these two, to say they came here, and one of the things they wanted to do was to see me play, it’s quite a big deal in my house.”

The Ohio native met William and Kate after the game, where he presented them with a tiny Cavaliers jersey for Prince George (who was only 16 months old at the time). A few days after the meeting, James shared a photoshopped image of the baby in a T-shirt. “My little guy Prince George was also thrilled with our victory yesterday, so he wanted to run this morning,” he joked on Instagram.

The royal family’s meeting with James also hit the headlines for another reason after some observers criticized the basketball star for hugging Kate when they posed for a photo, allegedly violating royal protocol. However, William and his wife were just happy to meet the Olympic champion.

“The Duke and Duchess of Cambridge have greatly enjoyed their stay in the US, including attending an NBA game and meeting with LeBron,” Buckingham Palace said in a statement. “When members of the royal family meet people, they want them to feel as comfortable as possible. There is no royal protocol.”

Keep scrolling to find out which famous couples have enjoyed basketball dates over the years.

Music superstars are often spotted at games in New York, Jay-Z.’s hometown. The Grammy winner gave up his stake in the Nets in 2013, but he and his wife still appear at the team’s home arena in Brooklyn.

Former colleagues on the “70s Show, who got married in 2015, are often guests at Lakers games in Los Angeles.

The Oscar winner and her husband were spotted sitting on the court in Los Angeles during the Lakers’ matches.

The couple, who tied the knot in 1983, have had many basketball dates over the years.

The Maroon 5 frontman and supermodel, who got married in 2014, are not afraid to show off the PDA while sitting on the court during Lakers games.

In 2014, the couple took part in a match between the Nets and the Cavaliers during a visit to New York.

J-Hope: 5 Iconic Moments When On The Stage