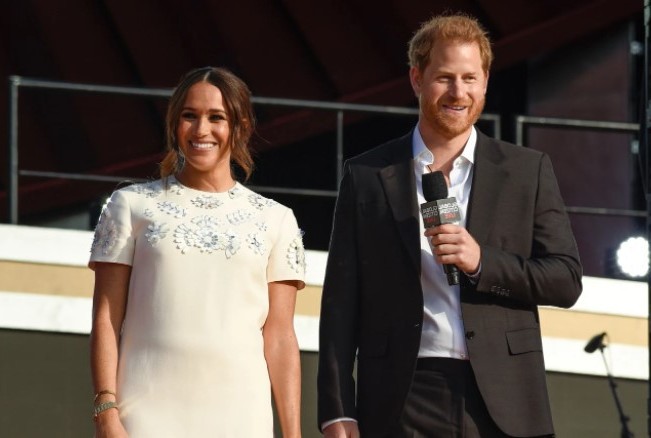 Happy World Health Day! Every year the World Health Organization sets a new theme for the holiday, and in 2022 the focus will be “Our planet, our health”.

According to WHO estimates, more than 13 million deaths are caused annually by environmental causes that could have been avoided, so this year’s theme is focused on the health of people and the planet.

Although the day of the holiday, April 7, is a great time to take part in a planet-friendly initiative, many famous couples already adhere to environmentally friendly habits and make donations or volunteer in organizations and companies dealing with issues such as sustainability and prevention. climate change.

Nikki Reed and Ian Somerhalder are one couple who are constantly making efforts to improve the health of the planet. Reed is the founder of BaYou With Love, an eco-friendly jewelry brand working with recycled computer technology from Dell. The Twilight actress is also an animal rights activist and has received an ASPCA Compassion Award.

Somerhalder is also passionate about animals and the environment. He founded the Ian Somerhalder Foundation, which pays great attention to “the conservation of natural resources, such as forests, lands and wildlife, for the benefit of the whole society.”

Another famous couple embodying this year’s theme is Rooney Mara and Joaquin Phoenix. Both actors have vegan diets, which are known to help not only animals, but also the environment.

When asked about his and Mara’s son, River, named after his late brother River Phoenix, Phoenix told The Sunday Times in 2021, “Well, of course I hope [he’s vegan], but I’m not going to impose my opinion. faith in my child.”

Scroll down to see more famous couples who can be a source of inspiration for this year’s World Health Day:

Total Bellas fans know that professional wrestlers Brie Bella and Brian Danielson are always trying to reduce their carbon footprint. For example, Danielson made an offer with an environmentally friendly, conflict-free diamond, and in 2020, the couple announced that Bella was teaming up with Tentry with the goal of planting 50,000 trees.

Not only did Alba found The Honest Company, which places great emphasis on ethical and sustainable practices, she and Warren also do their best to support a sustainable household by teaching their children to do the same. She told Page Six: “We fill water bottles instead of buying new ones, recycle and talk about which products are safe and unsafe for them and the earth.”

Mara and Phoenix may not be the most public couple, but they have talked many times about how veganism can help animals and the planet. “We are in a real planetary emergency,” Phoenix said during the global live broadcast of TED Countdown 2021. And most people don’t know that the number one factor contributing to global temperature increases is how we power our homes, our businesses, our modes of transportation, and our bodies.” Mara added that “this is one thing that we can control and that we know will make a difference.”

In 2021, the Duke and Duchess of Sussex promised that by 2030 all their activities would have a zero carbon footprint. An announcement on Archewell’s website said the two “have a long-standing commitment to the planet, both together and before their union, with global projects and partnerships dating back more than a decade.”

In 1998, Rocker and his wife founded the Rainforest Foundation Fund, which deals with the loss of biodiversity, climate change and human rights violations. They were inspired to do something after witnessing “vast expanses of charred, smoking wasteland” in the Amazon rainforest, as Styler detailed in an article for HuffPost.

Beyonce Wants Her Fans To Be Part Of Her New Video