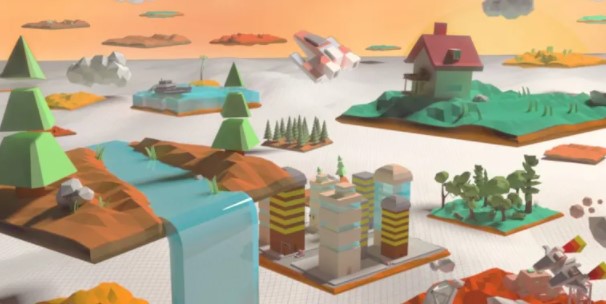 Borusan Cat, one of the subsidiaries of Borusan Group, announced that it has opened a virtual store in Decentraland behind the popular metaverse coin MANA. Thus, it became one of the first companies to open a store in the metaverse in the field of construction equipment or make an important move in this field. Here are the details…

Borusan Cat entered the world of the metaverse

Borusan Cat’s metaverse store was opened to visitors in Decentraland. Various products of Borusan Cat can be seen here. The NFTs among the products represent the company’s technological solutions. Among these NFTs are tokens representing the Borusan CAT Boom 360 mobile application, the spare parts sales platform parts.cat.com and the Troubleshooter Müneccim application. The company gives NFT to one of its customers every month.

Borusan Cat Chief Executive Officer Özgür Günaydın said that Borusan Cat is the first construction equipment and power systems company to enter the metaverse and NFT field and said, “As an institution with high digital adaptability and open vision to technological developments, we opened NFT production and Blockchain-based metaverse ecosystem in Decentraland. We are happy to have entered Blockchain technology that will radically change the way we do business with our store.”

As Somanews previously reported, Decentraland announced last week that it has partnered with Skechers. Skechers became one of the last major companies to enter the Metaverse after announcing it would set up a store in Decentraland. Skechers, the world’s third largest sneaker brand, announced that it will set up a virtual store in Metaverse.

In a press release, he said American shoe company Decentraland has leased the equivalent of 5,000 square feet of virtual land on the Fashion Street Estate. Michael Greenberg, President of Skechers, said the goal is to explore creative ways to engage with new customers and audiences. Skechers’ announcement is the last in a long list of big companies making a comeback to the digital world. The sneaker brand shared its announcement right after the American investment bank JPMorgan, which opened a salon in the popular virtual world last month.