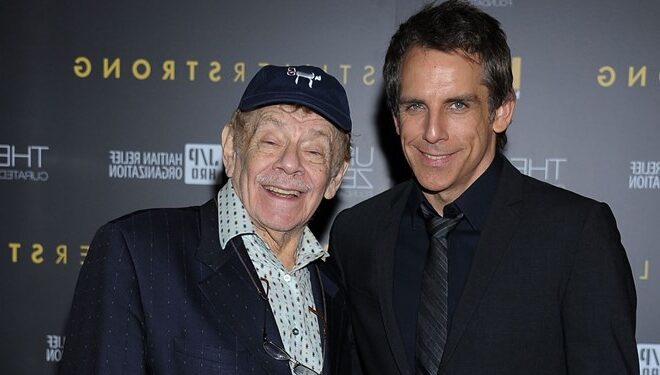 Renowned comedian Jerry Stiller, who is known for his character Frank Costanza in the Seinfeld series, died. The master comedian, the father of Actor Ben Stiller, was 92 years old.

American comedian and actress Jerry Stiller died at the age of 92. Her son Ben Stiller, who is an actress like herself, announced that her father died in social media sharing due to natural reasons.

Ben Stiller also said, “He was a great father, grandfather, and a devoted wife to Anne for 62 years. It will be very missed. I love you dad ”.

Born on June 8, 1927 in a working-class family in Brooklyn, New York, Stiller performed in comedy clubs as the “Stiller and Meara” duo with their wife Anne Meara for many years.

The duo staged sketches at the Ed Sullivan Show night show in the 60s and 70s, then made their own sketch comedy programs.

IN THE MIND WITH THE SEINFELD SERIES

Styles gained worldwide fame in the Seinfeld series, which was popular in the 90s, with an auxiliary role in which the main characters played George Costanza’s elderly father, Frank Costanza. In this role, he was nominated for the Award for Best Comedy Support in the Emmy Awards in 1997. Styles were also very popular in the comedy drama The King of Queens as Arthur Spooner.

Stiller also starred in Zoolander, Heavyweights, Hot Pursuit, The Heartbreak Kid and Zoolander 2 with her son.

Love Alarm 2 could be released this year