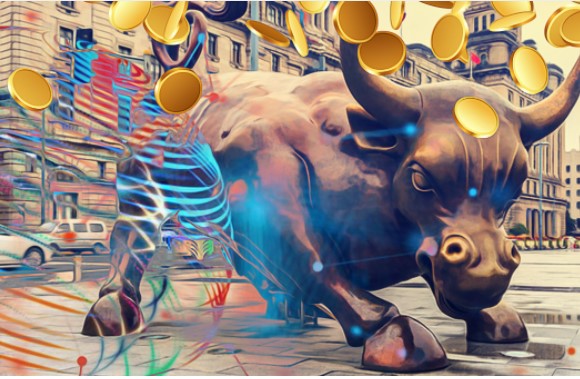 Making predictions about the cryptocurrency market in a new strategy session, Merten underlined that one of the main features of bear seasons is that altcoins start to decline against Ethereum (ETH).

Merten pointed out that Cardano has rallied over 30% against Ethereum (ADA/ETH) in the past month, indicating healthy investor appetite for altcoins, even if the price action seems uncertain.

The famous analyst made the following statements during his statements;

We don’t actually listen to what the crowd is saying. A large majority expected a big increase in ADA a few months ago. However, there is currently a decline and the price may start to rise. That is exactly what interests me.”

Merten: “We May Start to See Higher Increases”

“If we bounce back above the $0.16 ETH or $521 resistance, we could indeed start to see a higher move. We are yet to see a massive uptick against Ethereum as we should see it.”

The analyst said that despite making huge gains in the past year, smart contract platform Avalanche (AVAX) is still in a bullish trend against Ethereum (AVAX/ETH), which bodes well for the cryptocurrency market in general.

“To be fair, the picture doesn’t look bad. If we go above this range [0.03 ETH or $97], I think with a nice weekly close, AVAX can continue to win against Ethereum.”

According to Merten, Ethereum is doing well against ETH on its rival Solana (SOL). While the famous analyst said that SOL/ETH seems resilient at the moment, this could be a sign that Solana has a chance to fire another leg in the bull cycle.

“The momentum rolled over there. Solana has been performing sluggishly against Ethereum since September. However, we do not see a large sale. So it’s just a matter of seeing, does it break below lows at 0.038 ETH ($123) or does it rise from 0.06 ETH ($195) here and start trending higher? If I owned Solana, I definitely wouldn’t panic right now… It’s still pretty good.”

Leading Bitcoin at $51,000 Critical Zone: What Direction Will BTC Follow?

Who Will Run Tron After Justin Sun’s Resignation?