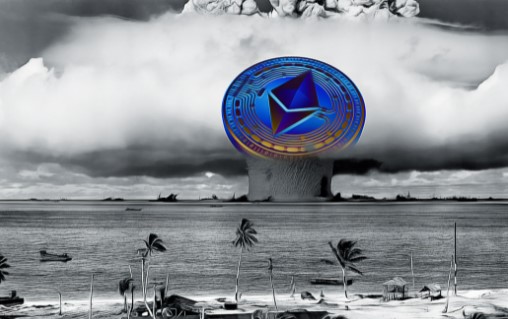 In a recent interview, Raoul Pal revealed his positive expectations for the leading altcoin Ethereum.

On December 4, the cryptocurrency market entered a retracement phase led by the leading Bitcoin (BTC). The largest altcoin Ethereum became the most important cryptocurrency to keep up with the recovery in the market. While ETH has not yet crossed the $5,000 threshold, analysts’ expectations for the coming period are positive.

Raoul Pal, one of the former executives of Goldman Sachs, explained his positive expectations for the leading altcoin Ethereum in a recent interview. Experienced name Pal stated that Ethereum can close the year above $ 10,000. Referring to the current market situation, the famous economist reminded that such movements are quite normal due to the nature of crypto.

Raoul Pal predicted that Ethereum could reach incredible numbers by next summer: “As a scenario that is on the table with a small probability, Ethereum could touch $40,000 by next summer. This is because of the loop and the way the graphs look. This is not my basic prediction, if you ask me, I can share my $20,000 expectation by March at the latest.”

While the outlook is significantly positive for many altcoins, Ethereum dominance is questioned by the large number of competitors. The new tea blockchains offer features similar to those brought by ETH 2.0. These include Solana, Terra, Avalanche, and Cardano, nearly all of which are developing rapidly evolving DeFi ecosystems. Raoul Pal agreed, noting, “I think Solana will outperform Ethereum in the cycle. I also expect Terra to join this caravan.”

The successful manager is known as a longtime supporter of Ethereum. It is a known fact that a large part of the crypto portfolio is Ethereum. Raoul Pal is quite confident that Ethereum is following the uptrend and is taking a stance accordingly.