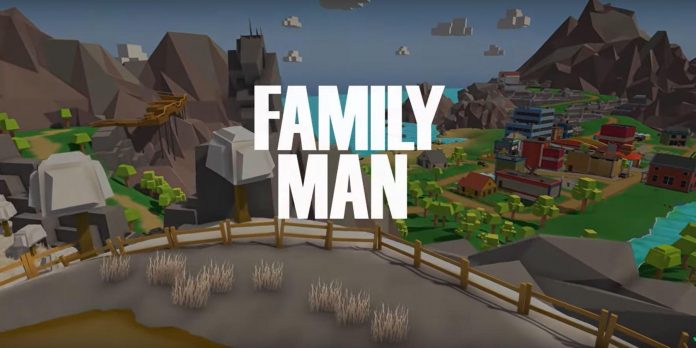 Indie developer Broken Bear Games and publisher No More Robots are preparing to release Family Man on Nintendo Switch and Xbox consoles. The upcoming game is a low-poly role-playing game inspired by the TV series “Breaking Bad” of the AMC channel, and poses the question of how far they are willing to go for the sake of their family.

Originally released on Steam in 2020, Broken Bear and No More Robots announced a console port of Family Man in a trailer on Wednesday. Created as an overly hilarious advertisement for the fictional city of Riverport, the ironic trailer for Family Man teases the dark history lurking beneath its sunny seaside landscape. Xbox and Switch players also don’t have to wait too long to check it out, as Family Man is coming out on September 14th.

An indie game developed alone tells the story of a titled father who found himself in debt to the local mafia. In just three weeks to repay the debt, players will have to make difficult decisions if they want to keep their family safe. Of course, they could try to earn money in an honest way by flipping burgers or getting a job in an office. However, when time runs out, dirty work, such as moonshine production or other illegal activities, can be the shortest way to save your family.

However, a life of crime also has its consequences, and in accordance with the spirit of Breaking Bad, it can mean the loss of loved ones that the player tried so hard to protect. According to the developer, Family Man includes dozens of missions and several endings. Players may have to make difficult decisions as they explore the city of Riverport. Each of them can have far-reaching consequences both for the player’s family and for the entire city.

Family Man is the first game developed by British developer Broken Bear. Meanwhile, the publisher of No More Robots is best known for its indie games, such as the adventure role-playing games Not Tonight and Not Tonight 2, the Descenders mountain bike simulator and the strategic RPG Yes, Your Grace. He also published a retro-style FPS Fashion Police Squad based on clothing, which was released on Steam last month. Other No More Robots games include the indie games Hypnospace Outlaw, Nowhere Prophet, Let’s Build a Zoo, Heist Simulator and TombStar.

Family Man has a mostly positive rating on Steam with 78% positive reviews. The PC version retails for $19.99, and the publisher has confirmed that it will have the same price for the Nintendo Switch, Xbox One and Xbox Series X/S. Let’s hope that Family Man will get the same positive response on consoles as on PCs.

Family Man is already available on PC and will be released on September 14 on Switch, Xbox One and Xbox Series X/S.