No one saw it coming
Believe it or not, Family Guy has been around for 20 seasons now. When and how did they achieve it? That is a question that will be answered another time. Today, the question has to do with how this animation stays fresh after so long.

During the most recent episode of Family Guy, right at the end, it is possible to notice a reference to JoJo’s Bizarre Adventure, one that is very worth appreciating because the production was put out in the best possible way.

When you find out that Family Guy is going to have a reference at the end of his episode related to JoJo’s Bizarre Adventure, you try to imagine all kinds of scenarios like a pose, honorable mention or a drawing, however, they use a very good resource and basic. 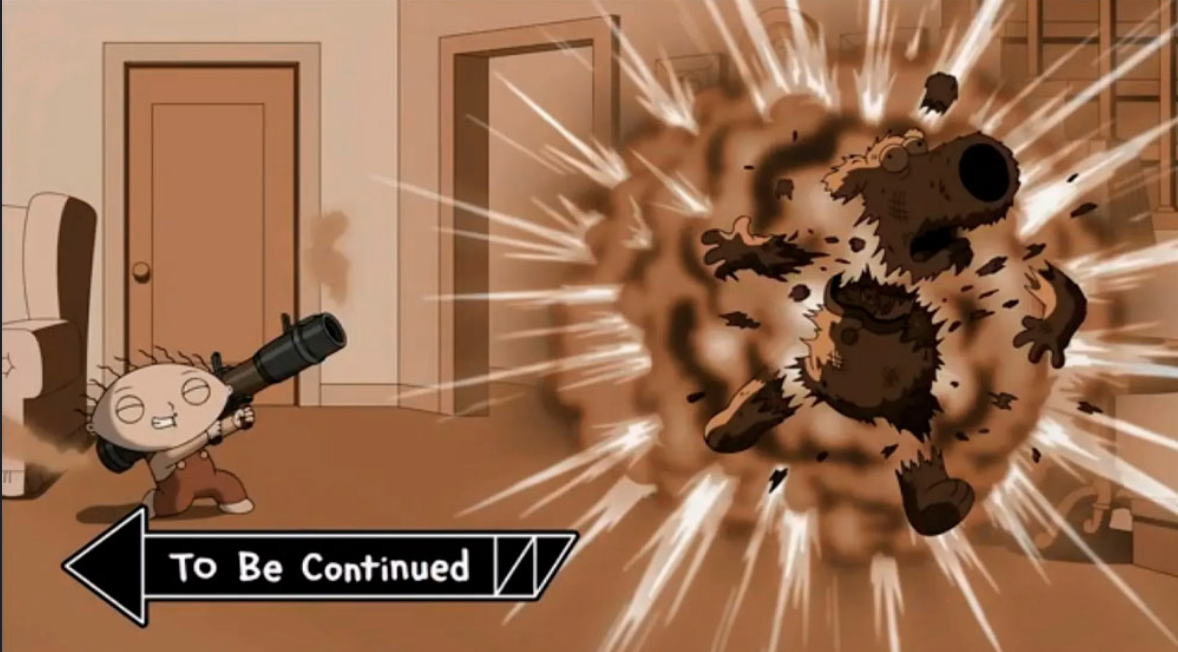 What was it about? At the end there is a talk where Stewie tells Brian that a cat kicked his butt and that if they want to end the show with a ‘continue meme’ and just when the dog is going to say ‘I don’t know what that means’, the The family drink takes out a rocket launcher, the scene turns brown and the message of ‘To Be Continued’ appears in the style of JoJo’s Bizarre Adventure.

Just to make the JoJo-style ‘to be continued’ meme reference clearer, it’s worth noting that this ending animation was featured in the Phantom Blood and Battle Tendency arcs. The use of the meme is still debatable, because it is supposed to be prior, not after the disaster, but it is already done.

Now, JoJo’s Bizzarre Adventure will return in December through Netflix with the Stone Ocean arc, so fans are sure to be ready to see this new adventure. On the other hand, the followers of Family Guy can watch the series on FOX if they are in the United States or through Star Plus if they are in Mexico and Latin America.

Kyle Richards says she and her husband Mauricio Umanski apologized to...