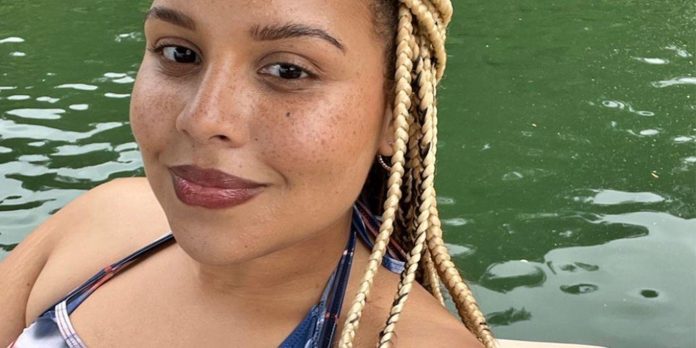 Winter Everett told fans of The Family Chantel about her weight loss journey, and younger sister Chantel Jimeno really wanted to share her latest diet advice with her followers. The 27-year-old beauty from Atlanta has lost a lot of weight over the past year and a half thanks to a combination of weight loss surgery and lifestyle changes. Family Chantel star Winter recently shared her latest diet secret with her fans, continuing to talk about her weight loss.

After reaching over 300 pounds and struggling with her weight since childhood, Winter decided to make a change. The growing influencer decided to have stomach surgery, a process she filmed for her followers on the current season of The Family Chantel. While Winter has decided to publicize her weight loss surgery in an additional 90 Day Fiancé show, she also informs her followers about her nutrition and exercise plans on social media. Many fans of Family Chantel like to follow Winter’s progress in losing weight, as she is always optimistic and positive in her journey.

Winter shared her many trips to the gym and her healthy and balanced diet with fans of The Family Chantel . However, her latest way to lose weight was a little more unusual. Winter took to her Instagram page to share a video of herself trying to hack the internet for a healthier alternative to Coca-Cola. Winter informed her fans that she was trying a new trick to make a healthier cola by mixing balsamic vinegar with sparkling water. Winter mixed flavored carbonated water with vinegar on camera to give her verdict to the TikTok trend. “I don’t drink Coca-Cola right now,” Winter explained. “I remember how refreshing Coca-Cola was sometimes,” she admitted. Winter added that she mostly drinks sparkling water and some juice.

Winter told her fans that she liked the mixture, although it doesn’t taste like Coca-Cola. However, some commentators felt that the face of Winter, the star of the TV series “Family Chantelle”, betrays her real feelings. “Girril, the face you made after you took a sip said, ‘This tastes like shit,'” one commenter wrote to Winter. “It was just amazing, LOL,” Winter wrote back. Although Winter’s life hack may not have been liked by all her followers, her fans nevertheless appreciate her candor about weight loss. “You are so beautiful, Winter, and I love all your energy,” another fan wrote. Winter often receives such supportive comments, as her infectious energy and low level of drama have made her incredibly popular with viewers of The Family Chantel.

While many viewers want to witness Winter’s weight loss surgery in season 4 of “Family Chantelle,” her story will also show how she is looking for love. Winter and her longtime partner Ja broke up in the third season after Ja started talking about polygamy, and Winter was against the idea. Winter will now be dating publicly for the first time after recovering from a broken heart. Since Winter has been in a relationship for many years, many Family Chantel fans want to see her explore single life in the new season.

PlayStation Buys Bungie, Creators Of Destiny; All The Details