Home Entertainment Famicom Detective Club, Analysis. A Piece Of History Of Our Environment 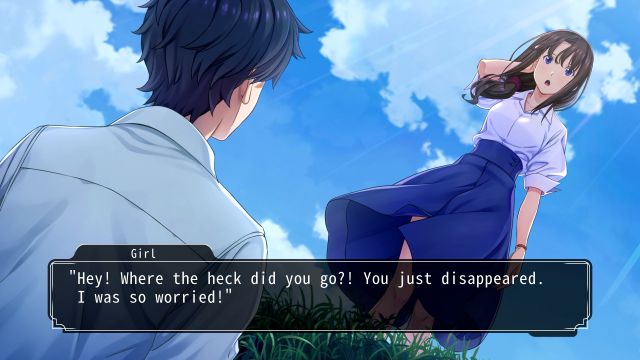 Famicom Detective Club: Nintendo Switch gets this remake of Yoshio Sakamoto’s visual novels. Two stories daughters of their time, recommended for lovers of the genre. The arrival of the Famicom Detective Club biology to the West thirty years later is a celebration for our environment. Although today we continue to discover and study little by little the subgenre of visual novels (vusal novels), whose depth in Japan is remarkable, far from the country of the rising sun, it is correct to refer to this type of adventure as something of a niche. However, everything has a beginning, a few roots, a reason when it comes to establishing certain design parameters and storytelling. Discovering The Missing Heir and The Girl Who Stands Behind on Nintendo Switch in the middle of 2021 has been an energizing exercise; not so much because of the excellent quality of the works, but because of a historical value that is part of the videogame culture.

The Works We Never Knew by Yoshio Sakamoto

The Yoshio Sakamoto figure is remembered for many things in Nintendo circles. Especially for Metroid, Wario Ware or Kid Icarus. Among all his curriculum is also the writing of the script for Famicom Detective Club: The Missing Heir & Famicom Detective Club: The Girl Who Stands Behind, the works that happen to us today. The first, released in 1988 for the Famicom Disk System, the NES peripheral with a floppy drive instead of cartridges. The second, published a year later as a prequel (later it had a version on SNES), although both with a self-conclusion nature. As it were independent seasons of a detective series, these adventures directed by Toru Osawa now receive a remake for Nintendo Switch extremely respectful of the originals; with the good and the bad that this implies.

They go straight ahead and seek to satisfy the lover of the genre, the student and the players willing to grant limitations that in their time did not feel like such. But the genre has evolved a lot; We have seen it with Danganronpa, Ace Attorney, Professor Layton and a host of minor licenses, to name just a few of the most mediatic ones. This is part of the greatness of the Famicom Detective Club, knowing yourself to be the forerunner of a style and a way of communicating with the player. At the end of the eighties, when video game consoles were gradually penetrating Japanese homes, there were two main fronts in the (at that time) young Nintendo, Capcom, SEGA, Konami and company: experiences focused on mechanical depth and titles focused on narrative depth. Today’s protagonists focused on the latter, leaving in the background the need to surprise the controls. Here we sought to leave a mark between the lines, with well-written stories and, above all, well-told. Completing The Missing Heir and The Girl Who Stands Behind now helps you understand what Sakamoto’s claims were, similar in structure to the manga seinen that triumphed in bookstores.