Home Entertainment Fallout themes that appear in every game 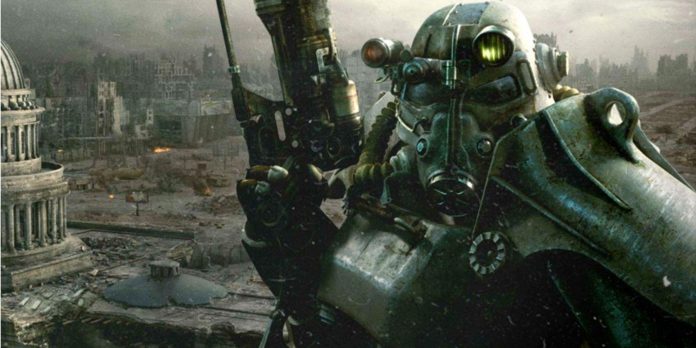 The Fallout series tells stories from the perspective of different main characters in each game. All the stories take place in the United States after the fall of nuclear bombs. The country has been devastated and humanity mostly lives in small settlements that face the struggle of radiation, raiders, mutated creatures and the struggle between factions.

Games are connected not only by what happens in the same world. All of them also echo similar themes of war, survival, recovery and morality. Games always say: “War never changes,” and it’s worth exploring what that actually means to understand the Fallout themes. The games also include the concept of repeating history, for better or for worse.

What does the phrase “War never changes” really mean

The statement “war never changes” is always uttered by the narrator in the Fallout game and is often repeated. Many people may think that this statement is incorrect, that war is always changing. Even other video games, such as Metal Gear Solid 4, start with the opposite statement: “The war has changed.” However, although the war is changing in terms of weapons, technology and other things, Fallout games are not focused on this. Their statement is more about the primitive nature of war, rather than the technology that is used to wage it. The franchise says that there will always be a war in the game of “the highest good”.

“War never changes” in the Fallout universe means that humanity is doomed to violence. They will fight for anything from water to weapons. Indeed, the characters are fighting for this and much more on land, which illustrates the consequences of war. Falling bombs did not stop the war, despite so much destroyed. The war in Fallout always continues, as even when the game is completed, it is always hinted that the peace will not last long and that the war will start again at some point in the future.

The theme of survival

The theme of war present in Fallout is obviously very cynical, although it suits a post-apocalypse game. However, this is not all doom and gloom, because another theme of the series is the survival of both man and society. Despite the fact that bombs fall and destroy so much, humanity manages to survive and live in the ruins of what was destroyed.

In the dark and depressing world of Fallout, this is one of the happiest topics. However, it has its own highlights. Survival can be difficult. There are pre-war ghouls who survived the bombs, but at the cost that all their friends died and changed biologically forever. Fallout shelters, although they forced humanity to survive underground, were also subjected to unethical experiments on their subjects. In fact, the vaults raise one of the main themes of the series.

Repositories and their Big Lesson

Vaults are one of the main elements of the Fallout series, and players often start their adventures inside one of them or stumble upon them throughout their journey. However, although they served as symbols of survival, they actually had more sinister plans behind the scenes. Each vault was built according to an experimental plan, which was kept secret and did not have the consent of the inhabitants of the shelter. Most of these experiments ended in tragedy, when residents killed each other, turned into super soldiers or mutated, and these are just a couple of examples.

Ultimately, the vaults are related to the lesson and the topic. With repositories, Bethesda makes it clear that corporations and governments don’t really care about people and only seek more power and knowledge, regardless of the consequences. This is very true of pre-war corporations and governments, which were primarily to blame for the war, and then began to attack their own people. In general, the theme of corruption of power is transmitted through Repositories and companies in the Fallout universe. Those in the leadership often sacrifice people for an unknown future, even if they are not soldiers. The “big benefit” is what Fallout repositories represented, and what many factions stand for. This is what unites them all, but also what makes them struggle and conduct unethical experiments.

This fits into the theme of “war never changes”, although history repeats itself not only by war. In Fallout, history also repeats itself in cultures and societies. The Brotherhood of Steel has modeled itself after the knights of the past, and raider groups such as the Khans are similar to Mongol warriors. On inspection, everything is destroyed, but what rises from the ashes is not entirely new. Caesar’s Legion is based on the Roman Empire, and religions like Dharma are based on Buddhism. New Vegas retains its gambling and policing.

So in a broader sense, humanity is not changing, not just war. The Ulysses on the Lonesome Road DLC even connects the two things, saying, “If the war doesn’t change, people have to change, as well as their characters.”