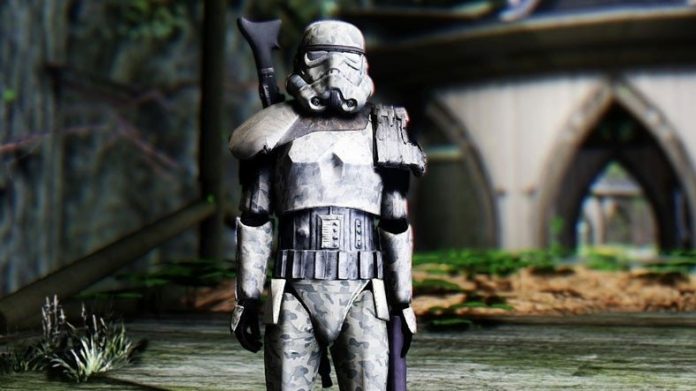 Fallout; Star Wars mode, which makes New Vegas say “I wish you were a separate game”, is coming. A mod maker known by the alias TankGirl is showing his Star Wars fascination by creating a Star Wars mod for Fallout: New Vegas. The mode is expected to feature character customization, skill system, side quests and much more.

Even though no one has specifically requested it, someone is determined to deliver it to us. A mod maker known as Tank Girl; is working to bring Star Wars content to Fallout: New Vegas, including characters, vehicles, and environments. Perhaps this stemmed from the desire for a massive Star Wars open world game that we hope to see incarnated in the not-too-distant future.

Combining Star Wars with an open world Bethesda game could garner a lot of attention in the gaming world. So we hope to see the official release of this mod eventually. It’s hardly surprising to see a fan want to combine two of the greatest series of all time.

The mod is expected to bring a lot of Star Wars content to the game:

There is a Discord server on the project with more details on what exactly the mod maker intended. According to the information on this server, the mod will not include any content from the main game. So Fallout: New Vegas will no longer be what it was. The sad thing is that the mod will not bring any concept of space combat to the game. Of course, the reason for this is that the main game does not have enough opportunities.

In other news for active mod makers, Nexus mods recently announced that they will no longer allow mod makers to delete mods from their site. Mods will be archived instead of deleted. They have made it clear that all archived mods will not be accessible unless requested directly, meaning at least not all of them will be readily available. Nexus mods give creators a grace period to delete their mods before they’re archived.