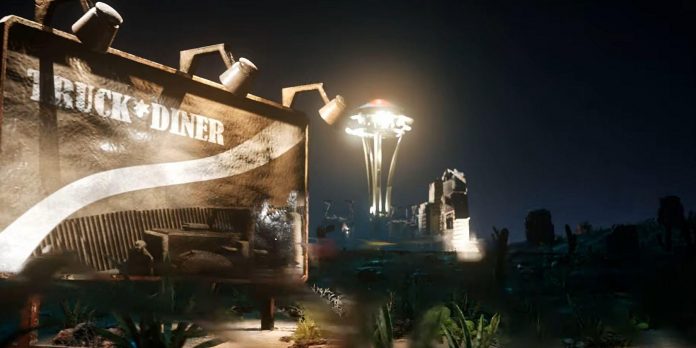 Released in 2010, Fallout: New Vegas has become an iconic part of the multi-year post-apocalyptic franchise. Many easily consider it the best Fallout game ever released, its fantastic story and writing have made it more memorable for some than other parts, especially compared to the modern approach added to games since Bethesda came to power in 2008. However, Fallout: New Vegas has become obsolete over the last decade or so, and a newly released video shows how the game could look on a more modern engine.

As noted by DSO Gaming, the footage created by the TeaserPlay YouTube channel shows what Fallout: New Vegas might look like if it were remade on Unreal Engine 5 today. As you can imagine, the Mojave Wasteland looks pretty impressive in this development kit, showing off the intricate details as well as fantastic lighting, as many expected from this engine. It should be noted that the video is not a remake, official or otherwise, which is currently being worked on, and is just a conceptual trailer.

If this idea sounds familiar, it’s because TeaserPlay has released many similar trailers. They recently released a video showing what Grand Theft Auto 3 might look like on Unreal Engine 5. They also made concepts for Vice City, Assassin’s Creed, Resident Evil 4, Red Dead Revolver and many others. This is an interesting project, as it not only shows the potential of rethinking old games in new tools, but also gives some idea of how advanced gaming technologies have appeared even in a short period of time.

Unreal Engine is one of the most popular game engines in the world, which is used in all AAA games and independent games. The latest version was released not so long ago and is being used in the development of a number of anticipated games, such as Redfall, the new Layers of Fear and the upcoming sequel to The Witcher by CD Projekt Red.

As for the series itself, Bethesda recently confirmed that Fallout 5 will be released at some point. Admittedly, this is quite a long way off, as the studio wants to work on The Elder Scrolls 6 first. This means that it may take a very long time before the new part of Fallout sees the light. However, videos like the recently released TeaserPlay are a fun experiment to see what can happen if a game that is more than a decade old is remade using modern technology.

How Chantelle’s Family’s Weight Loss in Winter Made Her Closer to...