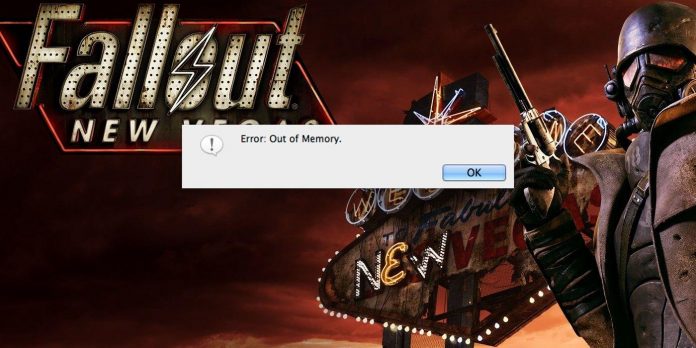 Fallout: New Vegas is one of the best games, but it’s almost impossible to play it right now. New Vegas was notorious for its penchant for crashes as soon as it was released in 2010, and although more well-known issues such as prolonged VAT loading times or Doc Mitchell’s spinning head in a perfect circle were resolved, the game’s modder community still had to pick up most of the slack. However, no bug-fixing mod is a complete fix, and it only gets worse over time.

Fallout: New Vegas is a Fallout 3 spin—off game from Bethesda, created by Obsidian, which employs most of the original Fallout development team. New Vegas remains the most laudable part of the Bethesda era franchise, and even Todd Howard praises it and Obsidian. However, playing it today is a complete disappointment.

Related: The name of the game Bethesda Pre-Fallout Apocalypse revealed by Todd Howard

Fallout: New Vegas is still prone to frequent crashes, and there are several different ways to crash the game and load the player back to the desktop. While Fallout 4 players can move quickly, engage in conversations/combat, and even enter and exit a building, confident that the game will not collapse under the weight of such mundane efforts, Fallout: New Vegas players often find it difficult to leave Goodsprings. With every Windows update, running Fallout: New Vegas becomes more difficult, and this problem needs to be solved.

Fortunately, if you believe the rumors, Microsoft is actively considering a sequel to New Vegas, which, if it takes more than a year and six months to create, could be the perfect version of what Obsidian was going to do back in 2010. still leaves the beloved original in an increasingly outdated state. Compatibility mode helps, but Windows 7 won’t always be available in compatibility mode, and if someone who wants to try New Vegas is given a list of mods they need to download to make sure the game is working properly, it can cause alienation. So the solution is to remake Fallout: New Vegas.

The release of an updated version of New Vegas will serve both to solve the performance problems that exist in the game, and potentially encourage Microsoft to strengthen plans for a sequel, demonstrating that fans are more interested in New Vegas 2 than in Fallout 5, in a practical and indisputable way. Old games are constantly running on modern hardware, otherwise Steam wouldn’t bother with a library of classic games, and sites like GOG wouldn’t exist at all. A remaster of Fallout: New Vegas would be a good way to solve a decade-old problem with the game, as well as a reminder to everyone that Obsidian makes the best Fallout games.

Fallout: New Vegas is widely considered the best game in the franchise, and the fact that so many steps have to be completed to make the game run smoothly every five minutes is even more disappointing. Something needs to be done to get this masterpiece into the next generation, since games like New Vegas are released infrequently. According to rumors, in the sequel, fans are delighted with many things, for example, from the companions from New Vegas, which may return in 2, but the original, beloved classic, Fallout: New Vegas, needs to be improved so that new fans can see where it all started. .