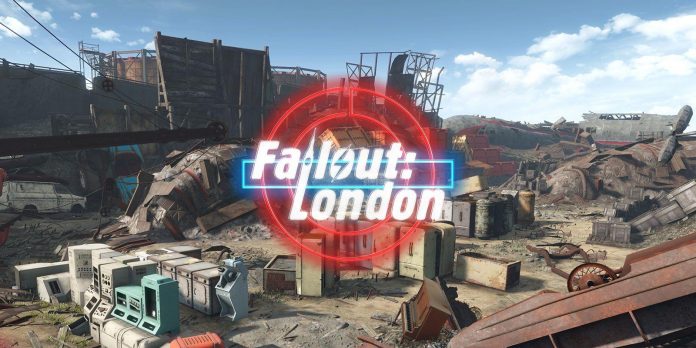 A huge Fallout 4 mod called Fallout: London was presented in the form of a demo, which includes new characters, weapons and quests. Since the mod was introduced more than a year ago, it is gradually attracting more and more attention from the community.

Fallout: London was officially revealed in July 2021, showing a grim picture of a post-apocalyptic future in the war-torn capital of the United Kingdom. Since then, the project team has shared a lot of information about the DLC-sized mod. In terms of matching the official timeline, mod events occur between Fallout 1 and Fallout 2. Since the chosen area is outside the US, there will be no returning factions or most mutants. Instead, Fallout: London will offer a look at a completely different society that has survived the nuclear apocalypse in unique circumstances.

According to TheGamer, at NexusMods, the Fallout: London team presented a demo version of the mod before its imminent full release, offering a look at new characters, weapons and quests. the project, which comes out shortly after the announcement of the Fallout: London mod, includes everything that has been developed up to this point. The demo version of Fallout: London — Standalone Releaser consists of one quest, which gives a completely new character. The accompanying content, however, is much more intriguing. Standalone Releaser includes 14 suits and sets of armor inspired by the history and culture of Great Britain. In addition, players can try out 13 types of weapons, including the iconic Bren LMG. The developers warn that all existing demo content can be changed, clarifying that it can be changed for the full version as soon as it eventually happens.

The game demo of Fallout: London is a great gift for fans

Although Fallout: London does include many iconic locations, it’s not just the environment that makes the expected mod so British and stylish. The project team managed to enlist the talent of famous British actors to voice a couple of characters. Colin Baker and Sylvester McCoy, known as “Doctor Who”, joined the Fallout: London mod to portray the mysterious scientists who will be the first people to greet players in the mod world during character customization.

Being a large-scale and ambitious project, Fallout: London requires a lot of time and dedication to meet the expectations of the community. Although the mod is expected to launch in 2023, fans understandably want to get at least a slice of the upcoming experience. Offering them a demo version is a great solution that could even more boast of the growing popularity of Fallout: London. In addition, players can explore a small part of post-nuclear London and enjoy its unique atmosphere.

Rating of Molly’s Worst Fashion Disasters in 90 Days after Weight...