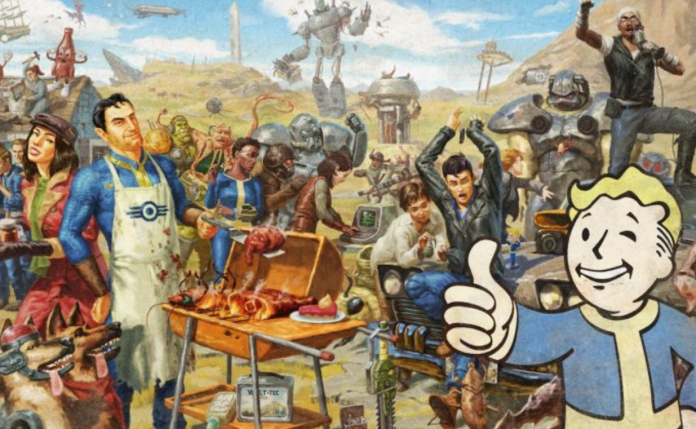 Bethesda has announced that in honor of the 25th anniversary of the Fallout series, it will hold a series of Fallout 76 events and distribute the game to Amazon Prime subscribers.

“Every week in October, you can visit Fallout25 to find out what we have planned for this week,” the blog continued. “From sales and gifts to special features and community content, there will be a lot of interesting things to celebrate the 25th anniversary of Fallout!”

The blog also includes a calendar that indicates what fans can expect from the anniversary celebration. Most of the events of the Fallout anniversary calendar are related to the multiplayer survival game Fallout 76 from Bethesda, which will be free for Amazon Prime subscribers from today until November 1.

In addition to the draw, the first week of the celebration will allow Fallout 76 players to try out downloadable content (DLC) for free The Pitt from October 4 to 11. Bethesda will also bring back the Invaders From Beyond seasonal event, which took place in 2021, in which players were tasked with surviving an alien invasion.

While we're celebrating 25 years of Fallout all month long, take a look at everything that's coming this week: https://t.co/kS1XxrT3W3#Fallout25 pic.twitter.com/A9XENFItdB

From now until November 1, Game Pass subscribers will also be able to qualify for one month of Fallout 1st, a subscription service that offers in-game privileges for Fallout 76.

Finally, the “Creepy Burnt” Halloween event in Fallout 76 will allow players to “walk through Appalachia to unlock rewards.”

Since Bethesda recommends checking the calendar every week, it is likely that other Fallout celebrations will be announced later — the Fallout25 website also details a free theme for the Xbox Series X|S, community broadcast and much more that will be planned later. at the end of the month.