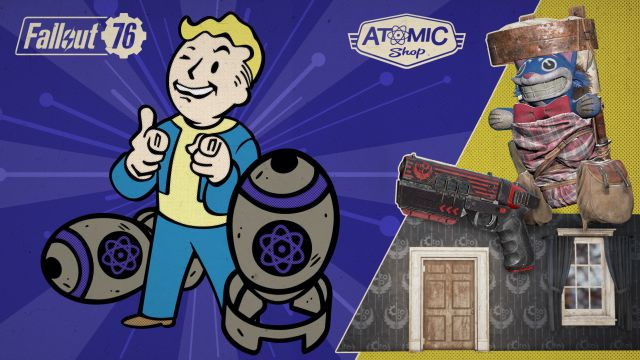 Fallout 76: Bethesda’s online title continues to receive content and allows players to join and try it for free for a few days. Life in the wasteland is tough, but all players will be able to savor it now. Bethesda has announced a free weekend of Fallout 76, its online role-playing video game for consoles and PC. In an update to the official website, the company has reported that until October 25 it will be possible to “jump into the game and experience everything the wasteland has to offer completely free.”

On the other hand, the North American company has announced that Fallout 76 will be on sale during the next few days. Naturally, the progress of the trial version will carry over to the final game for all those who decide to get hold of it. And what events will those who plunge into the horrors of the wasteland encounter? Until October 25 at 6:00 p.m. (CEST) there are some activities to consider.

This week in #Fallout76's Inside The Vault!

The Day of the Bombs

As reported by Bethesda, players will be able to get rid of “any legendary item” with the help of “legendary swap machines” found in the vicinity of train stations. If you do, you get double the legendary vouchers, all under the framework of the Bomb Day festivities. Those with vouchers in their hands will be able to visit Rusty Pick’s Murmrgh shop in Heap of Ashes “to get 50% reduced legendary weapons and armor.

Fallout 76 originally released for PS4, Xbox One, PC, and Google Stadia. The title is backward compatible with the next generation consoles, PS5, Xbox Series X and Xbox Series S.