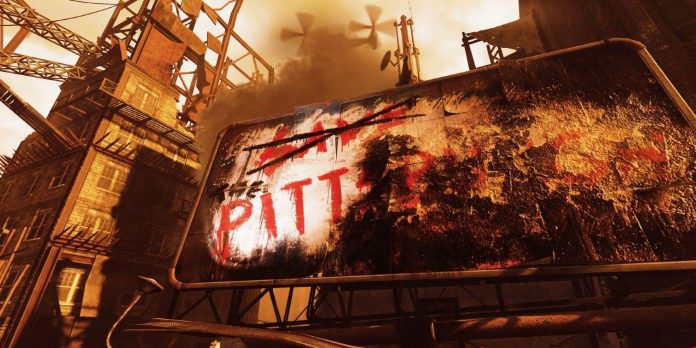 Bethesda has published details about the just-released Fallout 76 update, The Pitt, whose file has a huge size on almost all platforms. The update will add new events, daily quests, Pitt expeditions and more. Expeditions, in addition, for the first time in the history of Fallout 76 will allow players to leave the standard Appalachian territory. But none of these new materials are provided for free, and the size of the add-on itself is larger than most AAA games.

The Fallout 76 Pitt update focuses on new stories, missions, and nostalgic locations from Fallout 3. And while the multiplayer gameplay of Fallout 76 has been a problem in the past, the content is another attempt by Bethesda to update the title and interest players. its the last part of Fallout. Many fans knew about the upcoming update, but no one knew how big the file size would be.

Everything in the Pitt add-on for Fallout 76 is designed to engage players. And, although we hope that it will be successful, the size of the supplement does not cause ridicule. The update size will be 23.5 GB on Steam, 73.5 GB on Microsoft Store, 77.1 GB on PlayStation and 80.8 GB on Xbox. And this is in addition to all the basic content that fans have already downloaded. There’s no denying that Bethesda seems to have gone overboard with this expansion, and that while they’ve introduced a ton of new action, it may be too much of a requirement for casual Fallout 76 players.

However, the benefits of the upgrade are numerous. Bethesda is fixing dozens of bugs in its latest Fallout game and changing C.A.M.P. features and gameplay elements to make the game smoother for fans. There is also a new season of content, Season 10, which will take gamers to the City of Steel. Indeed, we hope that players will find that many of the necessary improvements to Fallout 76 have been taken into account.

However, even if not everything has been fixed, fans are pleased to see that Bethesda has not abandoned the Fallout MMO. Efforts are being made to ensure that Fallout 76 can be played for many years, and Bethesda should hope that its latest update will be received with enthusiasm. And as the new addition reaches the players, fans will have the opportunity to learn more about the Fallout universe and decide whether the addition to the title was successful.