Home Entertainment Fallout 76 and its future in 2021: changes and news to come 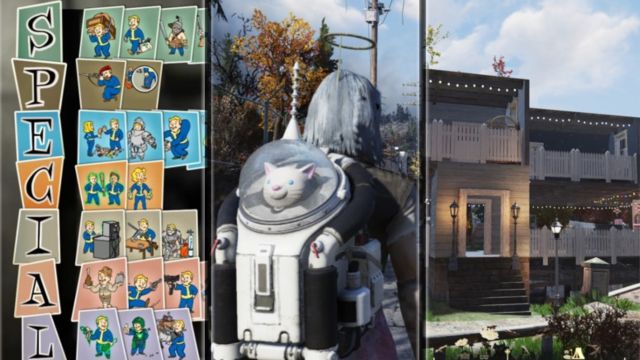 Fallout 76:We played the Fallout 76 test server to tell you all the news that will come with the new update, called “Loaded and ready.”The launch of Fallout 76 at the end of 2018 was not the one desired by Todd Howard and his team at Bethesda. Even so, it was and is a great project that has evolved and grown greatly since that time, currently including content expansions such as Wastelanders or the Brotherhood of Steel to add NPCs (a feature highly demanded by players since the beginning), plus more story missions and a general increase in the possibilities available. In this text we will speak precisely of that growth, but instead of reviewing the past we will do the same with the future. What does 2021 have in store for Fallout 76? We tell you.

It was just a few days ago when Bethesda shared the roadmap that the game will take during this year 2021. To begin with, this spring stage in which we are already immersed is characterized by presenting a significant update called “Loaded and ready”. We have been able to test some of its functions on the test server (SPP), open these days so that anyone with access can start to see first-hand everything that will come to the game from next April 27, at which time that the update will be ready.

For starters, it’s worth noting that this big new patch focuses on adding bonus setups for S.P.E.C.I.A.L., C.A.M.P. slots, mannequins, and a new Daily Operations expansion. We go in parts. As you know, from the Bethesda development team in charge of Fallout 76 they listen to their community, so one of the changes that players have demanded more frequently has been to modify the way to restore the S.P.E.C.I.A.L. attributes. of a character to make the process quick and easy. From now on, from level 25 on, our characters will gain access to these extras configurations to be able to totally change our S.P.E.C.I.A.L. points. at no cost when we meet at the C.A.M.P.

We will have the option to create and store point configurations S.P.E.C.I.A.L. and cards of extras and exchange them with ease while we play. We can also build a token machine in our C.A.M.P. Or look for any of the ones near the Appalachia train stations. Although at first our access will be limited to two configurations of extras of S.P.E.C.I.A.L. per character, from Bethesda they assure that they are evaluating the possibility of increasing this number in the future (for example, in the Atomic Shop).

As for the furniture and objects that we want to sell, they will become easier to manage than ever. From the moment the new update is available, the vending machines will share a general pool of objects for all instances and C.A.M.P. Instead, the cabinets will be separated by C.A.M.P., so we can display different objects in each of them at will. Something that they are currently working on and that is therefore not yet available is the introduction of the showcases in the chambers so that we have more possibilities to show off our accumulated loot: “We are still implementing the functionality of the showcases and vending machines, so it is possible that the changes will reach the SPP in full testing process “, they assure from the official Bethesda blog.

Other news that arrive with “Loaded and ready”

The modifications and extensions in S.P.E.C.I.A.L. and C.A.M.P. They are not the only ones that will become available with this new update. We will receive new game modes such as the one called “Decryption”, in which, together with our teammates, we will have to hunt down a series of enemy “code carriers” in order to deactivate Vernon Dodge’s radio interceptors. The funny and funny thing about this mode is that the enemies have lethal attacks that ignore the resistances of the armor, so we must be more strategic and use a stealth approach instead of going headlong for them using force.

The Crown is featured at the SAG Awards 2021

The Last of US 2 allows you to play billiards using...